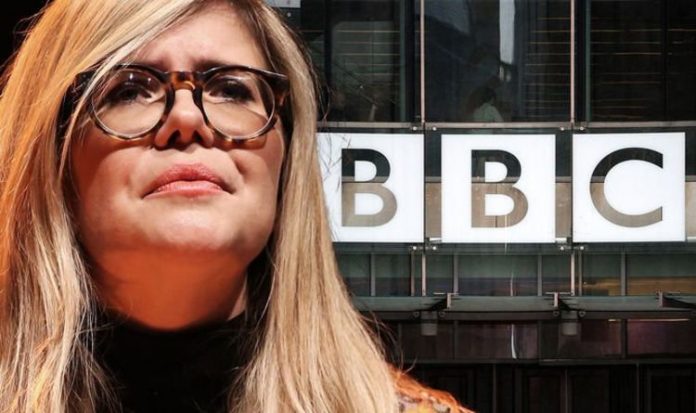 On February 4, BBC Radio 4’s Woman’s Hour host Emma Barnett interviewed Zara Mohammed, who became the first woman to lead the Muslim Council of Britain at the start of the year. The radio presenter has been heavily criticised for her interview tactics during the segment, with a total of 200 public figures signing an open letter calling out the “hostile” nature of the interview.

The signatories have called on the BBC to diversity its editorial and production team and to better engage with British Muslims.

They claimed the line of questioning in Ms Mohammed’s interview re-enforced “damaging and prejudicial tropes” about Islam and Muslim women.

Writers Yassmin Abdel-Magied and Mariam Khan organised the letter, which has been signed by Tory peer Sayeeda Warsi, Labour MPs Diana Abbott and Naz Shah, and comedian Deborah Frances-White, the Guardian has revealed.

Ms Mohammed, 29, was invited on the radio show after becoming the organisation’s first female leader, as well as its youngest.

But in the interview Ms Barnett repeatedly asked her guest about the number of female imams in the country, something that the host has been criticised for.

The letter notes: “Despite Mohammed’s repeated claims that religious adjudication was not within the parameters of her role leading a civil society organisation, Barnett asked the question about female imams four times, each time interrupting Mohammed’s answer.

“The framing of the interview and clipping up of the ‘female imam’ segment for social media mirrored the style and tone of an accountability interview with a politician, rather than authentically recognising and engaging in what this represented for British Muslim women.

“Moreover, the false equivalence between imams with rabbis and priests in a religion that has no clergy reflected a basic lack of religious literacy needed for authentic engagement with British Muslim communities.”

JUST IN: Sturgeon’s currency plan in tatters as ‘Scotland to join euro in EU’

The letter states that following numerous complaints, the BBC removed the original tweet sharing a clip of Ms Mohammed’s interview.

Speaking about the interview, Ms Abdel-Magied, a Sudanese-Australian writer, told the newspaper: “This cannot be the way that media organisations, especially the BBC – which is meant to represent Britain and British people – engage with Muslim women and Muslim people.”

She also said she has had conversations with Muslim women who are “seriously reconsidering whether or not going on Woman’s Hour is something that we want to do as part of any publicity around our books or conversations around issues that are really important to us”.

“However, our concern isn’t just about this singular moment – it’s about the wider cultural problem within the BBC and the media when it comes to the representation of Muslims.

“This is a crucial moment in which the BBC can choose to turn its back on the Muslim community or engage in making a change and acknowledging it’s very real-life impact on the lives of Muslims in the UK.”