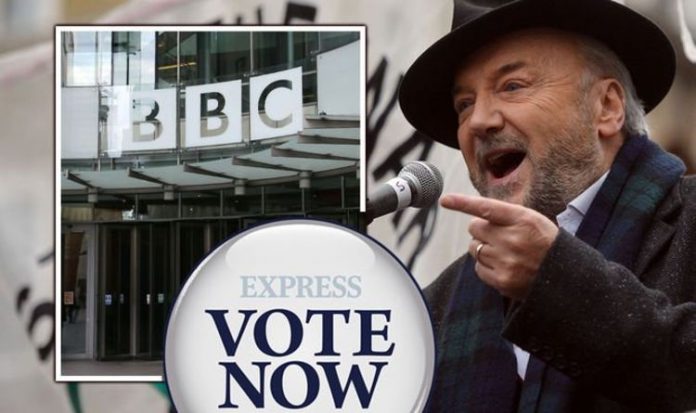 And he blasted the “sneering” BBC for churning out “upper-middle-class propaganda”.

Mr Galloway hit out: “Imagine that! Rupert Murdoch is trusted by more people than the BBC.

“Channel 4, ITV, Sky are all trusted more than the BBC.

“And I say to the people inside the BBC, you didn’t just sign your own death warrant, you carted yourselves down to the tumbril.

And earlier this week, it was announced the cost of the annual TV licence would be hiked by £1.50 to £159 from April 1 – prompting outrage from some.

Taking to Twitter, journalist Dan Wootton blasted: “Pure arrogance for the Government and BBC to press ahead with a £1.50 hike to the Licence Fee in the midst of a pandemic forcing so many out of work.

The TaxPayers’ Alliance fumed: “Brits are fed up with seeing the Beeb splash their cash on loaded luvvies, politicised programming and generous expenses for BBC bosses. It’s time to scrap the licence fee and let the public decide what’s worth paying for.”