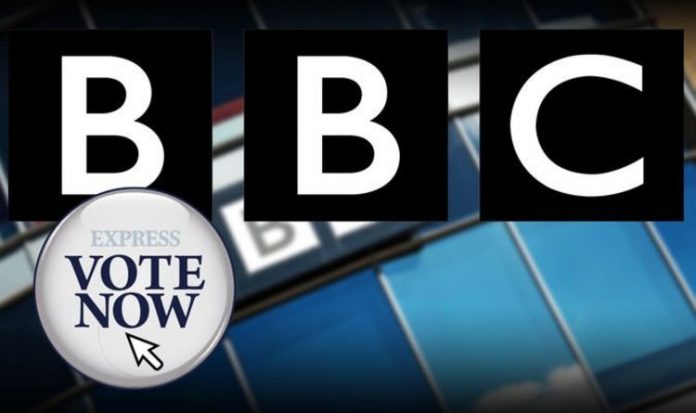 In a poll, commissioned by the Defund The BBC campaign group, it found 40 percent of people backed the idea of a subscription-based service while 37 percent favoured the current system and the £157.50 fee.

Rebecca Ryan, campaign director of Defund The BBC, said: “The British public want the licence fee to move to a subscription model that would mean people have the right to decide if they want to access BBC content or not.

Now Express.co.uk is asking, “Should non-payment of the TV licence fee be decriminalised?”

Yesterday, Labour MPs said plans to decriminalise non-payment of the licence fee should be dropped following reports the Government is planning to delay the move until 2022.

Kevin Brennan, a Labour member of the digital, culture, media and sport select committee, said he was in favour of keeping the licence fee unchanged.

Latest calls to decriminalise non-payments of the licence fee come as the BBC’s new director-general, Tim Davie, vowed to make changes in the corporation.

She told Express.co.uk: “If he does not deliver on promises he could lose the Red Wall.

Ms Ryan went on to add the Prime Minister risks losing seats from all over the country as their supporters feel “completely marginalised”.

The BBC has come under fire from the campaign group and the public after scrapping the free licence fees for most over-75s.

As of August this year, three million pensioners have been forced to pay £157.50 for a TV licence after the BBC ditched its pledge of free TV licences for the over-75s.