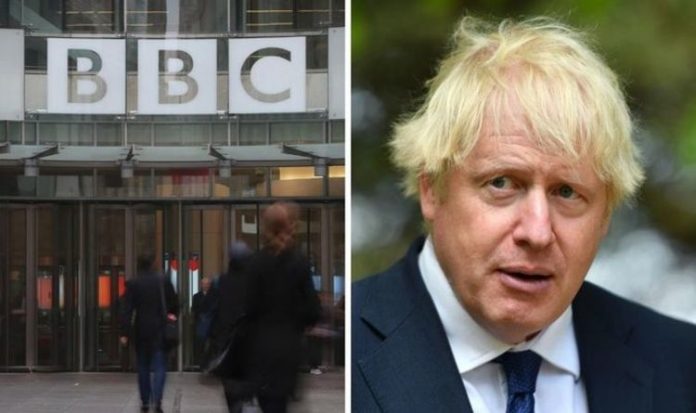 Baroness Morgan, who held her former Cabinet role until February this year, is understood to be one of two candidates to have been formally approached for the role to succeed Sir David Clementi, who is standing down in February. The Government has refuted claims an announcement was due to made within the next two weeks, and this has now been pushed back so the job can be sufficiently advertised. Current Culture Secretary Oliver Dowden returns to Westminster on Monday following a holiday in the UK, with the appointment of a new BBC chair said to be “top of his in-tray”.

Government sources expect an announcement in October, which could also coincide with the annual Conservative Party conference, which will take place through virtual means due to the coronavirus pandemic.

Insiders said Lady Morgan is one of two candidates being seriously considered for the role, with the other said to come from the technology sector, who could appeal to the Government if they set about finding alternative models to the under-fire TV licence fee.

A source told the Daily Telegraph: “Number 10 has to decide if they want someone who will bash a few heads together, or somebody who is going to nudge things along but not necessarily do it confrontationally.

“Number 10 is obsessed with the tech people so it could be someone with a tech digital background, somebody who comes in from outside, a different sector, different background.”

The appointment of the new chair of the BBC is being pushed back as the Royal Charter states it can only be made “following a fair and open competition”.

First, there must be a consultation between the Secretary of State and the BBC on the process, including on job specification.

But despite the emergence of Lady Morgan as an early front-runner, the top job has still not been advertised, with the BBC understood to have not been provided with a timeline.

The candidate search has to be conducted in line with the Governance Code on Public Appointments.

Former Home Secretary Amber Rudd, who was also a prominent Remainer, had been in the running the running for the Director General’s job and is expected to apply for the chair role.

But one source claimed while Lady Morgan was an early supporter of Boris Johnson for the Tory leadership, she voted Remain in the 2016 EU referendum and could be a stumbling block to her becoming the new chair.

The source said: “Love him or loathe him, we know what Boris feels about the BBC.

“It is the same as what he feels about the EU.

“He is going to find a male Brexit mate for the job.”

Another insider warned a soft Tory candidate such as Lady Morgan or Ms Rudd “would go native within a month” and become a “status quo chairman”.

Several Brexiteers could also be in the running to be the new BBC chair.

These include Sir Robbie Gibb, a former BBC executive and an ex-director of communications at 10 Downing Street and Dan Hannan, the former Conservative MEP, who missed out on a peerage last month.

Outside of Downing Street, veteran BBC presenter Andrew Neil, who had his political programme axed last month as part of a huge organisational restructure at the corporation, has also been mooted for the role.