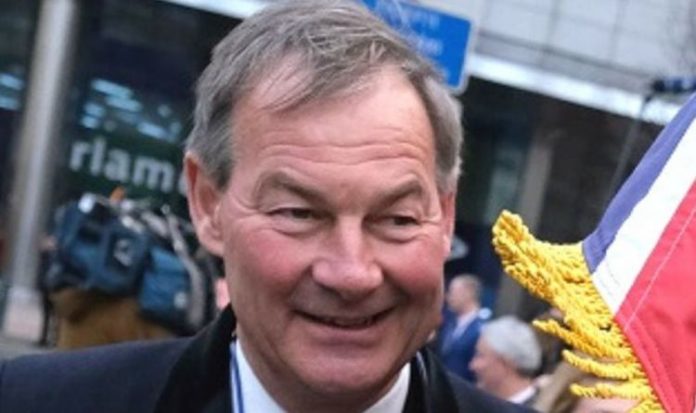 Lord Moylan, who was Boris Johnson’s adviser during the Prime Minister’s eight-year spell as London mayor, made his remarks during a House of Lords discussion on the future of public service broadcasting, specifically the challenge presented by streaming giants such as Netflix and Amazon Prime. He was talking as some Tory parliamentarians were branded “Neanderthals” in relation to the creative industries.

Referring to the characterisation, Tory peer Lord Moylan said: “In my Neanderthal fashion I have found that BBC Radio 3 has been the mainstay of my life for nearly 50 years and it’s a fine example of public service broadcasting.

“But in recent years it has been infected by a sort of relentless wokeness, which I think is a sort of tendency of public service broadcasting.

“So, while the minister is promoting the prominence of PSB, will she also tell us what she is going to do to try to ensure it meets a broader spectrum of cultural views across the country?”

Digital, Culture, Media and Sport minister Baroness Barran replied: “As he will know, the BBC is editorially independent so its decisions in relation to Radio 3 rest with them.”

Earlier, Liberal Democrat peer Lord McNally said: “Will the minister explain to some of the Neanderthals on her own benches, in both Houses, that support for public service broadcasting includes giving stimulation to our creative industries and giving voice to our national and regional identities in ways that the big international providers never will?”

Lady Barran said: “I have to say I don’t recognise the description he makes of my friends behind me or in the other place.”

Among them is former Brexit Party MEP Rupert Lowe, who in September donated £158 – the cost of a licence fee – to the Defund the BBC campaign on the GoFundMe website.

He told Express.co.uk: “These days the BBC misinforms and it misleads.

“My view is that they are anti-English, they are a monopoly, they are woke and I think ultimately I do not think they make up the very decent people who make up the majority of Britain.

“And I do not think they are fit for purpose.

“If they are such a national treasure, my view is they should be defunded and forced to stand on their own two feet.

“I think there is no logic in today’s world – if you look at young people, they get their news from other digital services and I think it is wrong that they have to pay for a television licence.

“I think they are patronising and divisive – all they are trying to do is whip up disagreements.

“What we actually need is somebody who can unify us not divide us.

“I actually think the BBC now is slowly misleading and misinforming and I think a lot of decent people are starting to wonder if they have got it wrong.

“It’s a sort of brainwashing of wokeness.”