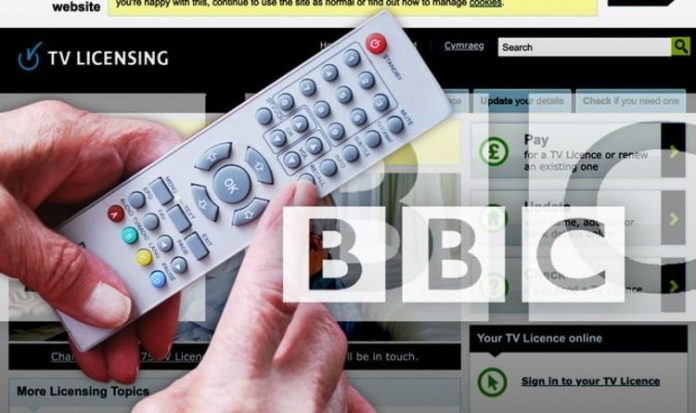 It is currently a criminal offence in the UK to watch live TV or BBC iPlayer without a valid TV licence. Flouting the law risks prosecution or a fine of up to £1,000, plus court costs. But new data reveals the average fine is less than a fifth of the maximum penalty and just a handful of offenders were jailed.

In 2019, the average fine for TV licence offences was £172 in England and Wales, according to official statistics released by the Ministry of Justice (MoJ).

The MoJ could not give precise data on how many people had been given a prison sentence for a TV licence fine in England and Wales.

In response to a Freedom of Information request, it said: “MoJ has chosen not to provide an exact figure where the true number falls between one and two…

“Owing to the low numbers, it is not possible to compute a meaningful average sentence length in this instance.”

In 2018, five people were given a jail sentence for TV licence offences, with an average stay of 19 days.

It is worth nothing people cannot be imprisoned for not having a TV licence, however, a custodial sentence can be imposed as a result of non-payment of court fines, including fines for failure to have a TV licence.

In Scotland the average court fine was £81 based on four convictions, according to the Justice Analytical Unit of the Scottish Government.

Scotland gave no offenders a prison sentence in 2019 or 2018, while Northern Ireland judges convicted 23 people in 2019, and 60 the previous year.

The UK Government has repeatedly threatened the BBC with the decriminalisation of non-payment of the TV licence fee.

Ministers have been consulting on the matter for months, to ensure people who do not pay the £157.50 annual charge do not go to jail.

Culture Secretary Nicky Morgan said: “The time has come to think carefully about how we make sure the TV licence fee remains relevant in this changing media landscape.”

She added: “Many people consider it wrong that you can be imprisoned for not paying for your TV licence and that its enforcement punishes the vulnerable.”

A TV Licensing spokesperson said: “Fine levels are a matter for the court and are not set by TV Licensing.  On conviction magistrates take an individual’s circumstances into account before the penalty is set, and TV Licensing has a duty to make the public aware of the potential consequences.”