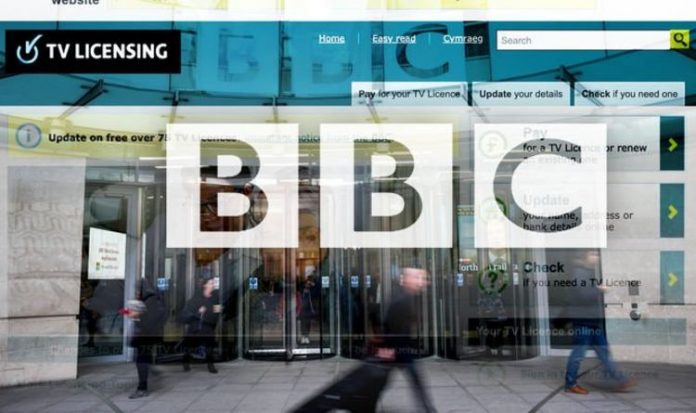 Since July 2017, the corporation hired external solicitors to spend 2,688 hours on equal pay and race discrimination employment tribunals claims. The BBC was billed £1,121,652 in fees for both solicitors and barristers.

This figure does not cover costs of ongoing tribunal claims and the information was revealed in a letter from the BBC to the Digital, Culture, Media and Sport (DCMS) Committee.

Julian Knight, MP and chair of the DCMS Committee, said: “It is unbelievable that the BBC has spent more than £1million of licence fee payers’ money fighting claims brought by its own staff about equal pay and race discrimination.

“Money that could have gone into making programmes or alleviating licence-fee costs for the over-75s has instead been used to pay the salaries of barristers and lawyers.

“This information was not forthcoming.

“It was only as a result of the DCMS Committee pressing Director-General Tim Davie for an answer that the shocking size of the BBC’s legal bill has been revealed.

“The BBC’s line that it had to divert resources in order to gather the information we requested is frankly completely unacceptable and shows a disregard for public scrutiny.

“And this at a time when the corporation is struggling to balance its books with hundreds of journalists’ jobs being cut.

“This disclosure sits uncomfortably against the BBC’s claim that it offers value for money.

READ MORE: BBC licence fee will NOT be axed

“Despite the ‘in your face’ diversity claims and hammering inclusion.

“This is a flagrant misuse of licence-payer money.

“It is time for the BBC to stop fighting women and minorities over equality.”

Another person said: “The BBC claims to be a ‘truly inclusive employer’ yet they spent millions of pounds fighting equal pay lawsuits, and they actively publish nonsense from anti-trans hate groups? Interesting.”

Someone else said: “What a total waste of our money.

“The amount some presenters are paid along with the perks of chauffeured cars is ridiculous.

“If the programmes are so good then it does not matter who presents.”

The BBC has defended themselves claiming they are “committed to being a truly inclusive employer”.

A spokesperson said: “The BBC is committed to being a truly inclusive employer.

“While we aim to manage costs efficiently and proportionately, the complexities of these cases mean they need to be managed by qualified professionals – not least to ensure fairness.”