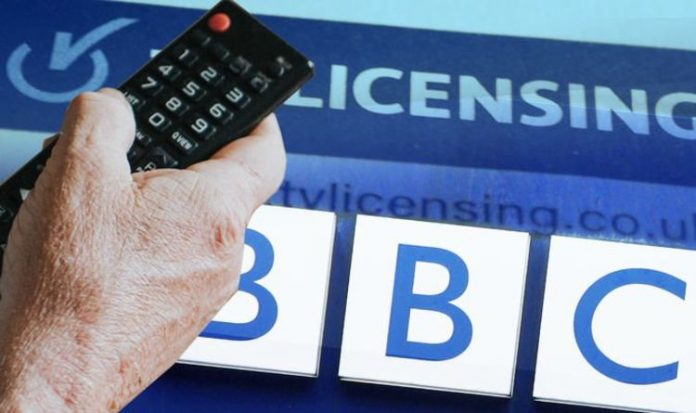 Downing Street fears a change in policy would bring about an even harsher system which could see vulnerable viewers hounded by bailiffs if they fail to pay the annual fee. Before making a final decision on whether to keep the controversial policy or move towards a civil punishment system for non-payment, Mr Johnson wants a new Beeb chairman to be in office.

The Prime Minister and Culture Secretary Oliver Dowden are expected to appoint a successor to Sir David Clementi, the current chairman, who will step down next February.

A Whitehall source said Mr Johnson’s aides decided to postpone the plans to review the punishment process due to concerns over how vulnerable viewers could be treated.

The insider told day Telegraph: “There was a concern that moving to a civil enforcement regime might inadvertently create a worse outcome, particularly because of the risk of bailiffs ending up on the doorsteps of vulnerable people.

“We are not pushing ahead now so it is likely that a new chairman will be in before any major shifts on this.”

READ  Self Assessment customers warned about scammers posing as HMRC

Defund the BBC hit out at the Government’s decision to push back action to address the current system.

The campaign said: “The Government appears to be using the BBC’s threat of harsher punishment as an excuse for not decriminalising the licence fee.

“In any other sphere that’s called extortion.

“I hope I never hear another Conservative politician attack the BBC over blatant bias, when once again the Tories vacillate. “

“A second person said the current system causes “worry and stress” to people unable to pay the £157.50 fee.

They wrote: “Bigger fish to fry Boris Johnson I know but you are losing even more votes because you and your Government and doing nothing to stop these corporate thugs from bringing worry and stress into the lives of the very people we are supposed to be protecting.”

And a third said they would rather have bailiffs at their front door than risk a criminal record for not coughing up.

Former Brexit Party MEP Rupert Lowe branded the BBC “disgraceful” for pursuing people who had not paid for a TV licence.

Mr Lowe, who regularly campaigns for the BBC to be defunded, said: “All this debate around how to punish those who refuse to pay the BBC licence fee. Outrageous.

“How much time does the BBC spend chasing down pensioners who haven’t paid their £157.50? Disgraceful organisation.”

TV Licensing and the BBC have been contacted for comment.