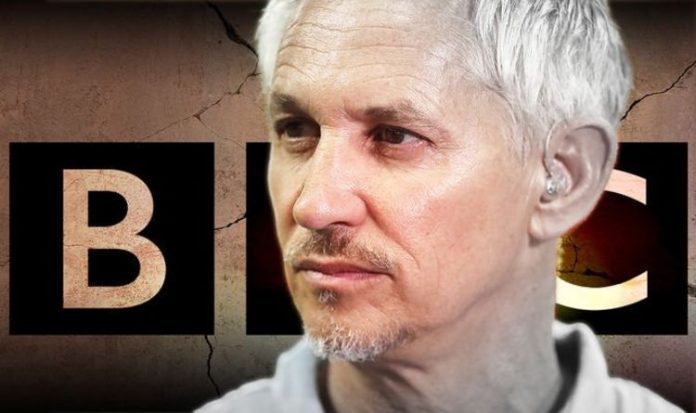 TalkRadio host Kevin O’Sullivan spoke to pensioner Ivy Sigfried who took aim at the BBC over the TV licencing fees for the over-75s. During her video call, she questioned why football presenters were paid so well – while the BBC demands money from pensioners across the country. Ms Sigfried said she felt so strongly she would be prepared to go to prison over the issue and claimed she would refuse to pay the fee.

Mr O’Sullivan said: “I think people of your generation have always respected and looked up to the BBC.

“But all of a sudden it doesn’t care about you, it is abandoning you.”

The caller agreed and said: “Exactly, maybe I shouldn’t say this but I will say it anyway.

DON’T MISS: ‘We won’t be ignored!’ BBC warned of ‘disobedience’ to disrupt cash

“I say it how I see it, with Gary Lineker.

“Gary Lineker on £1.75 million a year to sit and talk football?

“These other ex-footballers, how much are they getting?”

He said: “If necessary, you are going to make a thing of this.

“I really admire you because someone had to do it.

“You will make a thing of this, you won’t pay your licence and if they want to take you to prison, you will do it.”

Gary Lineker, the highest earner at the BBC, had an approximate £1.75million salary last year.

The BBC went ahead with its plan to end free TV licences for most over-75s, after a two-month delay because of the coronavirus pandemic.

From 1 August more than three million households were asked to start paying the £157.50 fee.

Some have called for non-payment of the BBC licence fee to be decriminalised.