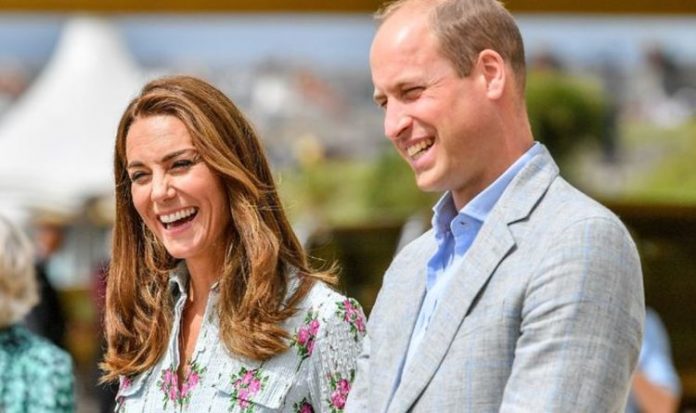 Photos released from Barack Obama’s visit to Kensington Palace in 2016 offered a “rare glimpse” into Prince William and Kate’s home life, according to a royal expert. Sunday Times Royal Editor Roya Nikkhah discussed the “seminal moment” on True Royalty’s Royal Beat, and what the reaction had been. The then US President had been on a brief visit to the UK with his wife, Michelle, and had joined the Duke and Duchess of Cambridge as well as Prince Harry for dinner at the residence.

Royal Beat host Kate Thornton said of the pictures released from the event: “We got a rare glimpse of the Cambridges at home when the Obamas came to visit.

“We always touch on seminal moments with the Queen and such, but actually for the Cambridges, that’s when we started to see the family behind the title.”

The Duke and Duchess have been living in Kensington Palace since 2013, when they made the move permanent.

The Obamas’ visit was capped off by meeting Prince George, who had stayed up past his bedtime.

Ms Nikkhah added: “I remember those photos, everyone went absolutely wild for George in his bathrobe with the rocking horse.

“I remember in the Mail the next day there was literally an ornament by ornament breakdown of how the Cambridges had decorated their home.

“It listed which bits of the royal collection they had chosen, which pictures, which bits of furniture, the photographs, everything was analysed.

“You got to see a little glimpse of what Cambridge family home life is like.”

Caroline Reilly wrote: “He greeted Obama in his PJ’s. And they’re monogrammed. He’s simultaneously the cutest & my role model.”

Priyanka Boghani agreed: “Prince George be like, ‘I’m royalty, I don’t need to dress up to meet a President, psssshhh’.”

One tweet added: “This is the most adorable display of a power dynamic EVER.”

Another added: “Awwwww that’s made me smile.”

Jennifer Coleman also tweeted: “There HE IS….Prince George! The cutest FUTURE KING! Just adorable! His parents are cute too!”