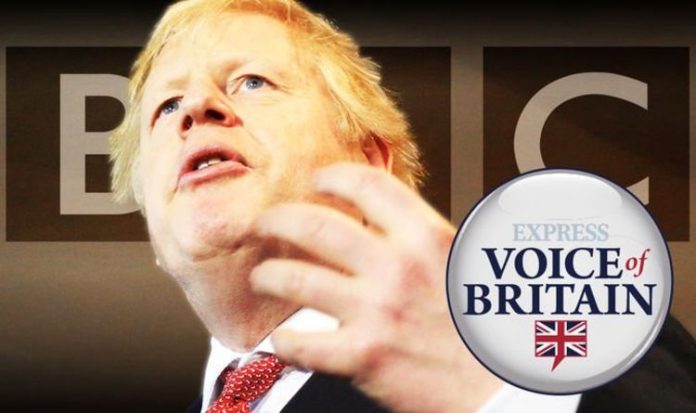 Julian Knight, MP for Solihull, called for the £157.50 annual levy to be decriminalised as he believes the current policy is out-dated and unfair. In response, Express.co.uk asked its readers whether they thought non-payment of the TV licence fee should be enforceable by law and the vast majority thought it should not be a criminal offence.

The poll, carried out from 12pm September 10 to 9am on September 11, asked: “Do you think Boris Johnson should decriminalise the BBC TV licence fee?”

Out of the 4,324 respondents, the overwhelming majority backed decriminalising the annual levy.

Just six people (less than one percent of voters) opted for “don’t know”.

Readers took to the comments to explain why they thought the TV licence fee should be decriminalised, with many arguing the levy should be scrapped altogether.

One person said: “Not only decriminalise the BBC TV licence fee; he should shut down the BBC.”

A second user wrote: “Of course – the criminalisation of a non payment of a tv licence is complete nonsense. Why is this taking so long.”

Another fumed: “The answer is obvious and shouldn’t need asking. The BBC licence fee should be immediately abolished.”

“For old and more vulnerable people this is a terrifying prospect and will cause death on the doorstep.

“But Hey, the BBC doesn’t care. It just wants money to carry on broadcasting biased new hours of wokeness followed by endless repeats.”

One person wrote: “No. There should not be a TV licence to decriminalise.”

Another said: “No. The license fee should not be decriminalised. It should be completely abolished.

“The BBC is not fit for purpose as a ‘national broadcaster’.

“National disgrace, but not national broadcaster.

“It should be forced to adopt a subscription system, and that should be optional.”