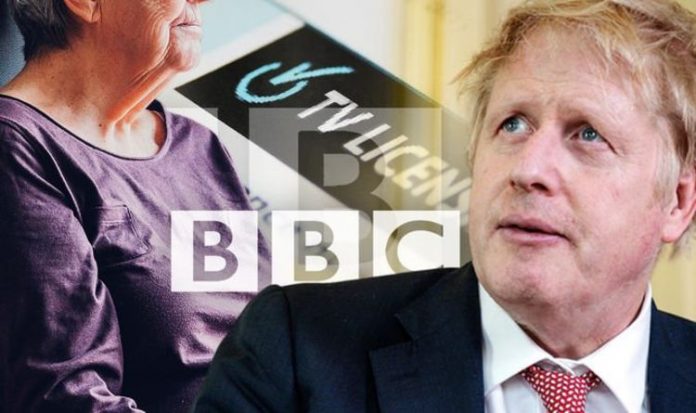 She said: “We consistently write to the Prime Minister about this.

“We do get responses from the ministerial team at the Department for Culture, Media and Sport.

“We do get responses from the BBC, which is very nice of them.

“But the Prime Minister has yet to even acknowledge that we’ve even written to him, let alone reply.”

Ms Shortt continued: “All you get, if he’s interviewed about it, is him saying it’s the responsibility of the BBC, but it shouldn’t be.

“The Government of the day is responsible for welfare.

“Welfare is not the responsibility of the broadcasting company. It never was and never should be.

“To abdicate that responsibility towards the oldest and most vulnerable in the country is pretty damn cruel.”

The BBC argues that it cannot afford to fund all free licences for over-75s and plans to means-test older people by giving it only to those who receive Pension Credit.

A BBC spokesperson said: “It was the Government that ended funding for the over 75s licence fee.

“The BBC made the fairest decision possible to support the poorest oldest pensioners so those over 75 and in receipt of Pension Credit are now able to claim a free TV licence paid for by the BBC.

“Critically the BBC is not making judgements about poverty as that measure is set and controlled by Government.

“We agree with stakeholders who have raised concerns about how the 2015 licence fee funding settlement was conducted – we complained at the time – and the BBC Board agrees that the process should not be repeated.”