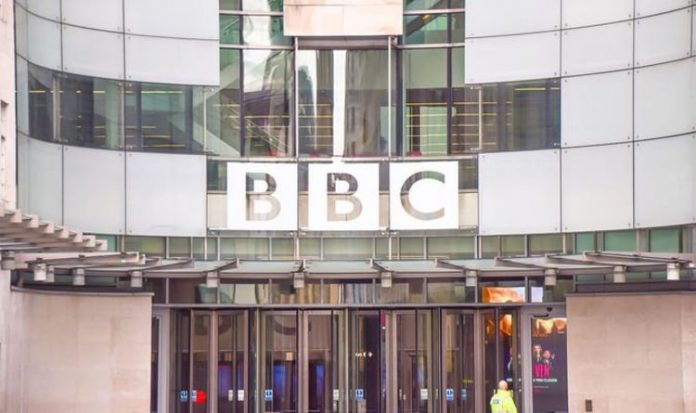 Kemi Badenoch, Treasury and Equalities Minister, and Marsha de Cordova, Shadow Secretary of State for Women and Equalities, were mixed up by the BBC, who mis-captioned the pairs names with one another. A statement from the broadcasters Press Team apologised for the error.

BBC News Press Team posted on Twitter shortly after the error to apologise and explain the mistake.

They said: “An apology: earlier today on BBC Parliament we mis-captioned Kemi Badenoch as Marsha de Cordova during an Urgent Question.

“The captioner had been following the list of names on the Order Paper but took too long to realise they were out of sequence and correct their mistake.

‘We sincerely apologise for this error and have apologised directly to both MPs involved.”

READ MORE: Naga Munchetty leaves listener ‘gobsmacked’ over controversial views: ‘How can you?’

The former Shadow Secretary of State for Women and Equalities said on Twitter at the time: “I love my sister @MarshadeCordova but we are two different people.

“Marsha is amazing and deserves to be called by her own name.

“Diversity in the workplace matters it also helps to avoid making simple mistakes like this.”

However, an Equality Hub spokesperson dismissed the incident as “clearly an honest mistake”.

In a statement to the Metro, they said: ”This was clearly an honest mistake, for which the BBC has apologised.

“More broadly, this Government is committed to tackling actual racism, where it exists, and following the data to understand how we can build a more cohesive society and address racial disparities.”