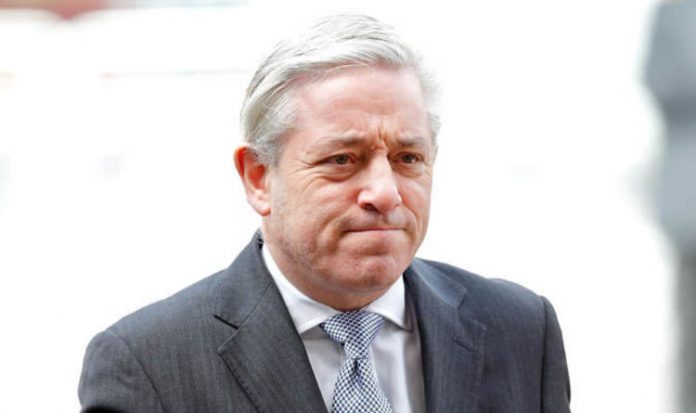 Behaviour before the June 2017 general election will not be covered by the code of conduct.

Under the new regime, the names of those under investigation for any offence would also be kept secret, a move dubbed “unacceptable” by MPs.

The new code, drawn up by a crossparty steering group in the wake of last Westmintster sexual abuse scandal, is due to be publsihed this week.

It said the move would “roll back a key element of openness in the existing system”.

MPs will be asked to approve the plans in a Commons vote but backbenchers have expressed concerns about the so-called “statute of limitations” .

Bad behaviour which occurred before June 2017 will only be able to be considered if a complainant brings a new case forward against that person. The limitation period for many civil bullying and harassment claims is six years.

The steering group was set up by Leader of the Commons Andrea Leadsom in February after a flurry of bullying allegations from parliamentary clerks against MPs and the Speaker.

Two former clerks – David Leakey, the former Black Rod, and his former private secretary, Angus Sinclair – have complained about Mr Bercow’s behaviour, while more than 12 MPs have been the subject of formal complaints.

The current Respect policy, introduced in 2011, was deemed inadequate by MPs and unions.

Under the proposed new system, complaints would trigger a confidential inquiry by the Parliamentary Commissioner for Standards, with tougher sanctions for those found to have behaved inappropriately.

A source close to Ms Leadsom said the aim was to “guarantee victims that if they come forward they will not, through a process of elimination, be identifiable by the press or anyone with malicious intent. Changing this process is crucial to their anonymity.”

Tory MP Andrew Bridgen, a fierce critic of Mr Bercow, pointed out last night that British soldiers still faced sanction for “crimes” committed during the Troubles in Ireland decades ago.

“This decision will appear as completely hypocritical to the British public,” he said.

“Politicians effectively get a free pass for bullying and harassment complaints prior to 2017 but our brave service personnel fighting for our country are held to account for allegations going back decades. It’s one rule for politicians and another for everyone else. It’s not a good look.”

Ms Leadsom has said she is determined to change the culture in Westminster so all those who work there will be treated with dignity and respect.

“The steering group is working hard to ensure we have a comprehensive set of policies to present to Parliament next week,” she said.

As the Sunday Express reported last month, the new system will allow individuals found guilty of bad behaviour to be banned from parts of the parliamentary estate under a new Commons “Asbo”.