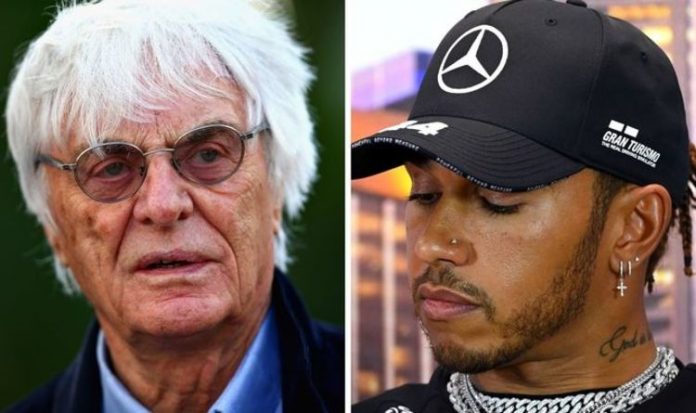 The former F1 boss argued the UK’s withdrawal from the EU will “make no difference” on the future of motor racing, despite various warnings issued by teams in the sport. It has left the likes of Mercedes, which cites seven-time world champion Hamilton amongst its ranks, claiming it may be forced to walk away from Formula One, especially in the event of a no deal Brexit. Brexit trade talks are set to be concluded this week, with the UK and EU either striking an agreement – or being unable to secure a pact, leading Britain to trade with the bloc on World Trade Organisation (WTO) terms.

This latter outcome is something bosses within F1 are hoping doesn’t happen, as they argue it could kill off the sport – particularly as so many teams have bases within the UK.

As a result of this fear, David Richards – chair of Motorsport UK – said if no deal was secured the “early part of the season is going to be very challenging for all the teams”, something “some of them have not fully considered yet”.

Mercedes’ team principal Toto Wolff also described the situation as a “nightmare”, as Mercedes continued to contemplate its future within the sport.

But former F1 supremo Ecclestone once described the UK’s decision to quit Brussels as a “good thing” before arguing there would be little to worry about for Britain, and the future of motor racing, outside the bloc.

He claimed to have been a “supporter of Brexit all the way through”, launching passionate pleas in the run-up to 2016’s historic referendum by demanding people vote to Leave.

His wishes were granted, and Ecclestone added after the vote: “I think it’s the best thing. We should be ruling ourselves.

“If we’ve got something to sell, and it’s a good product at the right price, people will buy whether they are Chinese, Italian or German…people will just get over this and get on with their lives.”

Richards argued last year that Mercedes might struggle to cope with the complexities of a no deal Brexit, especially if it was forced to move its base to outside the UK.

Should Mercedes leave the sport, it would throw into doubt Hamilton’s own future as he would be forced to find a new team.

Hamilton himself has remained coy on the topic, even dropping hints that he could be prepared to step away from the sport altogether by the end of the year.

His contract at Mercedes is up, although he is expected to sign another deal with the team, but he said earlier this month: “I don’t even know if I’m going to be here next year, so it’s not really a concern for me”.

Yet on the topic of Brexit itself, he was less cryptic, calling 2016 a “pretty terrible year for the world”.

The Stevenage-born racer said that the mixture of Brexit, Donald Trump becoming US President, and the passing of a close friend had made it a “not a spectacular year”, adding: “But the best thing to do at the end of every year is to try to take the good things out of it, because there are always good things, and take that on with you and leave the junk behind.”