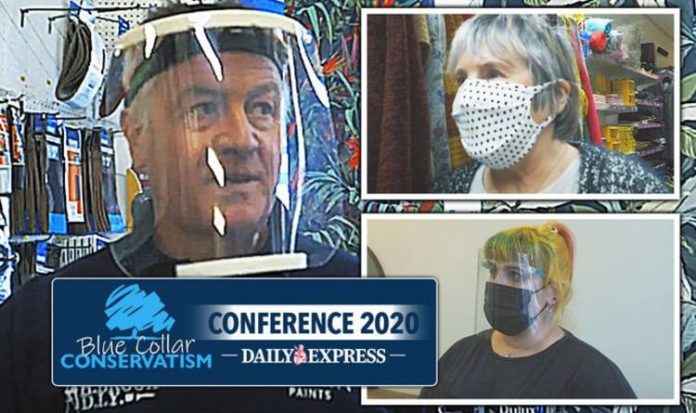 Anti-social behaviour is “ruining” Keighley, a concerned resident has warned. She and many independent business owners were speaking to their Conservative MP, Robbie Moore. Mr Moore, who was part of the 2019 election intake, approached his constituents about what they think about how crime and drug-related issues are impacting their businesses.

Another local added: “There’s no police presence in Keighley.

“You’re supposed to be able to press a button and get a response within five minutes, but we never do.

“At the end of the day it’s just a young lad who’s dealing, it’s the guy above there so there’s no point in tougher sentences.”

She said: “We saw the most abhorrent crime with the killing of Sgt. Matt Ratana.

“In terms of police protection, we are totally committed to ensuring that we bring in a police covenant.

“This is just one step forward in terms of enshrining in law the support that we will give to the welfare and safety and security of our police officers.

“Last year alone there were 30,000 assaults on police officers which is completely unacceptable.”