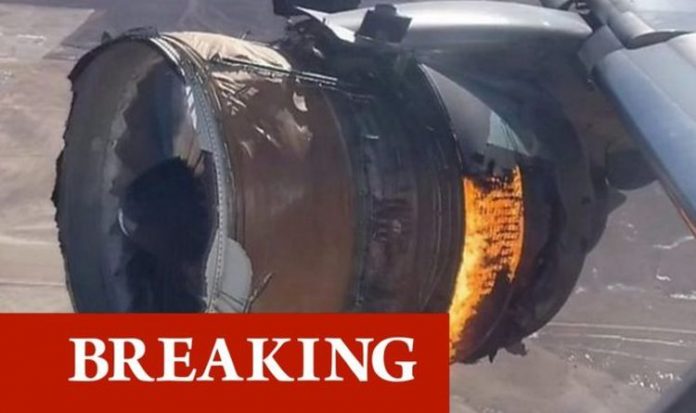 It comes after a horrific fire ravaged a flight from Denver mid-air over the weekend.

Although no one was hurt from the blaze, US authorities have ordered United Airlines to ramp up inspections on the plane.

Grant Shapps confirmed any planes with the Whitney 4000-112 engines will be prevented from entering the UK.

The UK Civil Aviation Authority released a statement confirming the ban which is also been imposed in Japan, South Korea and the US.

A statement said: “After the Pratt & Whitney 4000-112 engine incident on a Boeing 777 aircraft, we have suspended this configuration’s use in UK airspace.

“It is not used by any UK airlines.

“It is operated by airlines in the USA, Japan and South Korea where authorities have also stopped its use.”