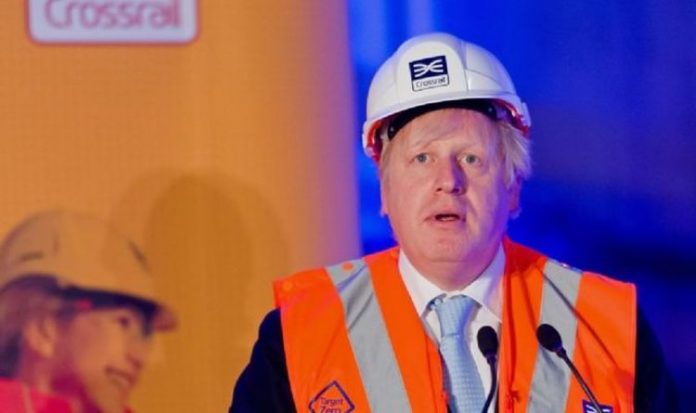 Dubbed ‘Boris Burrow’, the tunnel would run from Stranraer, Scotland to Larne in Northern Ireland, according to the Daily Telegraph. It would be roughly 25 miles, which is about the same length as the Channel tunnel, and could get the greenlight next month. The chairman of Network Rail, Peter Wendy, has been tasked with conducting feasibility studies.

It is hoped the tunnel might help ease post-Brexit tensions caused by the Northern Ireland protocol.

The protocol was designed to prevent a hard border between the Republic of Ireland and Northern Ireland.

It has led to checks on goods entering the province from the UK and has led to some food shortages in supermarkets.

The protocol has provoked fierce criticism from Unionist politicians, who have called on the Prime Minister to scrap the agreement.

Northern Ireland’s First Minister, Arlene Foster, said on Friday that people needed to “take heed” of what was being said by the unionist community.

“There has to be recognition in London, Dublin and Brussels that damage has been done by this protocol and therefore we have to deal with it.”

Fears are growing that the protocol is inflaming sectarian tensions in the province.

A parliamentary debate will now be held later this month to discuss the issue.

This would see the Northern Irish border restored and the same checks applied to both UK and EU trade.