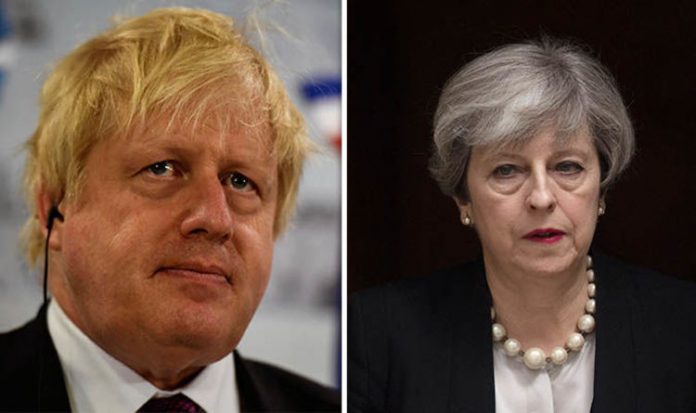 In a scathing attack to the government, Mr Johnson argued the Brexit deal put forward by London “can’t and won’t work”.

According to the Brexiteer, if an agreement similar to the Chequers one were stipulated, Britain would lose its freedom.

He wrote in The Spectator: “It is vassalage, satrapy, colony status for the UK.

Under the white paper suggestions, the UK could still be subjected to the ruling of the European Court of Justice.

And it could see Brussels taking decisions for the British market, as the UK and the EU would maintain a common rulebook for all goods including agri-food.

According to Mr Johnson, who resigned two days after the Chequers Agreement was voted by the Cabinet on July 6, with these arrangements Britain would found itself in a position much worse than the one it is now as a member of the European Union – as at the moment he still has decisional power in the European Parliament.

Drawing a comparison between leaving a company to look for more lucrative opportunities and Brexit, he wrote: “Imagine you leave some stifling desk job and decide to get out into the big wide world – make contacts in America, that kind of things.

“How would you feel if your former company still treated you like an employee?

“What would you do if you had to obey all the organisation’s rules and do exactly what they told you – even when you had let?

“You can’t leave an organisation and still be bound by its rules.

“But that is what the Chequers white paper means.”

Mr Johnson resigned as Foreign Secretary on July 9, hours after Brexit Secretary David Davis left the government to protest against the agreement drafted by Mrs May.

In his resignation letter, Mr Johnson argued the UK seems to be heading for a “semi-Brexit”, which he could not accept.

He wrote to the Prime Minister: “Brexit should be about opportunity and hope. It should be a chance to do things differently, to be more nimble and dynamic, and to maximise the particular advantages of the UK as an open, outward-looking global economy.

“The dream is dying, suffocated by needless self-doubt.”