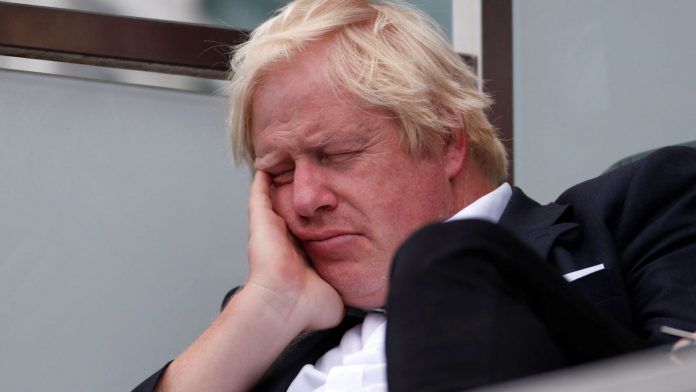 Boris Johnson was booed by crowds of cricket fans as he watched England’s final Test against India at The Oval.

The former foreign secretary appeared to be sitting on his own at the south London venue and was looking at his phone when the cameras panned around and spotted him in the crowd.

It didn’t take long for the fans to give their view on his attendance, as a chorus of boos rose up from the stands.

“He appears to be on his own… which reflects what we have been seeing in the papers the last couple of days.”

Mr Johnson announced he was divorcing his wife of 25 years, the lawyer Marina Wheeler, earlier this week, and was spotted at the theatre with his eldest daughter Lara on Friday night.

On Twitter, many fans watching from home cited the boos as their favourite moment of the match, with some speculating that Mr Johnson had been dozing off.

Paul Jackson tweeted: “Fav moment of Oval test so far? Boris Johnson appears on the big screen, dozing in members’ stand…huge boos from crowd wake him up, just as the screen switches to scoreboard, leaving BJ confused…crowd roars with laughter…”

Another added: “Rain and Boris Johnson. The only 2 things capable of making a cricket crowd boo.”