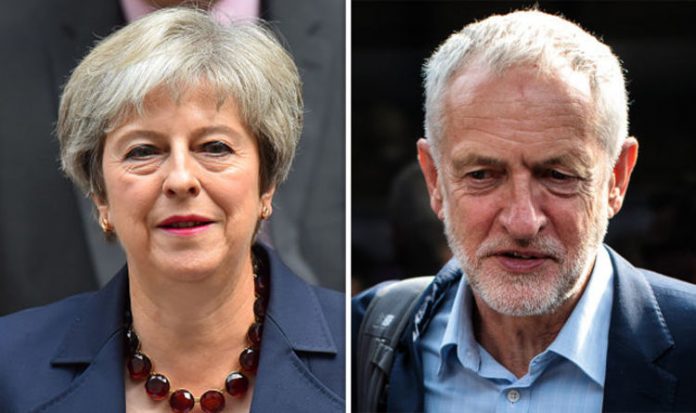 The UK still faces major challenges as it rapidly approaches the official leave date of March 2019.

Northern Ireland’s border with the Republic of Ireland has not been resolved and the Government is due to release so-called “no-deal” papers which include those on aviation which admit the possibility of planes being grounded if the UK crashes out of the bloc without a deal.

The political parties are also fraught with tension as Theresa May finds herself under increasing pressure by hardline backbenchers who have described her breakthrough Chequers plan as a “betrayal”.

Despite a summer charm offensive to bolster support for the PM’s blueprint, a recent ConservativeHome poll of activists found they regard it as a bad deal for Britain by a margin of three to one.

A planned speech by Boris Johnson on the fringe of the Conservative conference in Birmingham could act as a lightning rod for disaffected hard Brexiteers.

With the former foreign secretary becoming increasingly vocal in his disapproval of the PM’s handling of Brexit, some see it as a possible launchpad for a concerted effort to remove Mrs May as leader.

Mr Johnson has denounced the Chequers plan as a disaster and has the backing of a large swathe of Tory MPs who prefer a Canadian-style free trade agreement with the EU.

But while hard Brexiteers may be able to muster the 48 letters needed to force a vote of confidence in Mrs May, it is far from certain that her critics can amass the 158 MPs’ votes needed to oust her. Leading Brexit-backers including David Davis and Jacob Rees-Mogg have said she should stay.

Instead, the 60-odd MPs in the Eurosceptic European Research Group are expected to seek to quash Chequers by launching their own plans for a “global Britain” alternative.

Meanwhile, Remainer Tory MPs are growing increasingly restive as the prospect of a “no-deal” Brexit looms larger, with Dominic Grieve, Anna Soubry and Heidi Allen all suggesting they would quit the party if Mr Johnson became leader.

Equally, Jeremy Corbyn’s party is tearing itself apart as many MPs are putting pressure on the leftwinger – and veteran eurosceptic – to call for a second referendum.

Labour has never taken the option of a “People’s Vote” on the final Brexit deal off the table, and many constituency parties are understood to be ready to back a motion at conference committing the party to a fresh poll.

But the prospect of a full-scale Brexit bust-up at conference appears to be receding, after the Corbynite Momentum group decided to consult members on the issue later in the year rather than take a position in Liverpool.

People’s Vote campaigners are focusing a good deal of effort on winning Mr Corbyn over to their cause, releasing research suggesting a significant shift away from Brexit among Labour supporters.

Although a majority of constituencies held by Labour MPs voted Leave in the referendum, support for Brexit among the party’s voters was far lower, with around 65 percent backing Remain. Analysis by the Best for Britain campaign suggests that just 71percent of those who backed Leave in 2016 would do so now.

Mr Corbyn supported Remain in the referendum but has since been accused by critics of failing to engage with Brexit. His stance of “constructive ambiguity” may now be reaching the limits of its usefulness.

Labour advocates a significantly closer post-Brexit relationship with the EU than the Government, with a new customs union and an “internal market” arrangement on trade.

But a significant bloc of MPs want Mr Corbyn to go further and fight for EEA membership or a second vote. Unhappiness with his position has been a key element in speculation about possible splits and breakaway parties.

Meanwhile, the handful of staunch Leavers in Labour’s parliamentary ranks have faced threats of deselection over their decision to vote with Tories on Brexit, with Frank Field complaining of bullying as he quit the party whip.

Liberal Democrats, who kick off the conference season in Brighton this week, have the advantage of being the one major UK-wide party which is not split over the EU.

But their call for an “Exit from Brexit” does not seem to have done them any favours among the electorate, despite polling consistently suggesting that voters think Britain took the wrong decision in 2016.