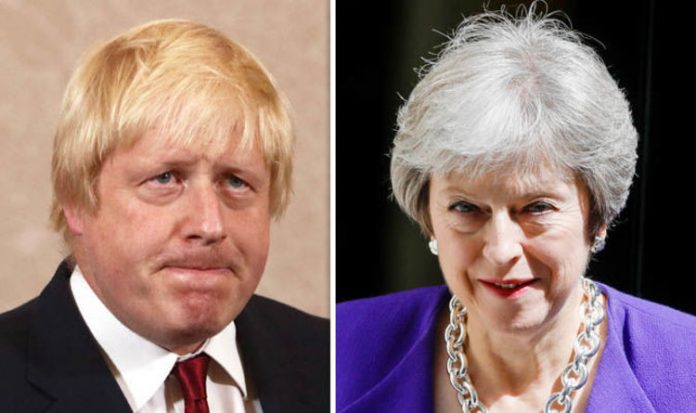 The former Foreign Secretary branded the housing crisis the “biggest and most urgent” issue in the UK, and accused property developers of building poor quality homes in order to exploit desperate first-time buyers.

Writing in the Daily Telegraph, Mr Johnson said: “It is not just that things were so much easier 30 years ago, when I left university and went looking for a flat.

“It was only ten years ago, for heaven’s sake, that the proportion of owner-occupiers among 25-34 year old was up at 64 percent.

“That figure has now plummeted to 39 percent, more than half the key generation shut out of the housing market.”

Mr Johnson chastised the Government for allowing the country to descend from a “great home-owning democracy”, into a nation with lower home ownership rates among the under-40s than France and Germany.

He branded the figures a “disgrace”, and warned that younger generations would not feel “automatically sympathetic” towards capitalism given the proven difficulties of “acquiring capital themselves”.

The former Foreign Secretary instead called on Mrs May to “kick start” the housing market in London, which he claimed “drives the rest of the country”, and to cut “absurdly high stamp duty”.

Commenting on the need to reduce hurdles for first-time buyers, he said: “Tax is freezing whole chains of purchases as people are deterred from trading up, with the result that older people are staying in houses that are too big for their needs and younger families don’t get a look in.”

The Conservative politician nevertheless took aim at the Labour Party, accusing them of driving down home building initiatives.

He noted that the UK was building 300,000 homes on average in the 1970s, but took aim at Tony Blair’s government for allowing those figures to drop to 156,000 per year and lower.

In a direct attack on London Mayor Sadiq Khan, he added: “We need to tell Lefties like Sadiq Khan to stop their ideological obsession with quotas for affordable housing on each development.

“The reason the last Tory mayoralty (of pious memory) outbuilt Labour is that we imposed no such constraint – with the result that we got more housing built of all kinds.”

The former minister branded the housing market the “most important, socially and politically” in the UK.

He nevertheless warned that the industry had been reduced to an “oligopoly” following the 2008 financial crisis, and accused property developers of “blatantly landbanking” in order to maintain sky high costs.

In a direct attack on property developers, he concluded: “They have the land, they plainly have the cash, and it is time they used both to build the homes the country needs – and not wall up cats while they are at it.”

Mr Johnson’s comments came amid ongoing controversy surrounding his remarks on the burka, which have drawn sharp criticism from critics, including Mrs May.

The former Minister failed to comment on the row in his article, and stated on Sunday that he had “nothing to say about the matter”.