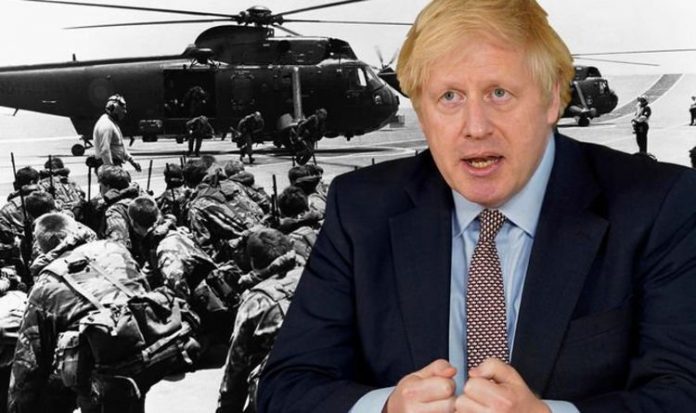 The Labour Party has registered its first polling lead, as support for Prime Minister Boris Johnson’s Conservative Government continues to plunge. The Opinium poll for the Observer newspaper put Labour on 42 percent, with the Conservatives on 39 percent. Labour leader Keir Starmer also led when voters were asked who would make the best Prime Minister, being the preferred choice for 36 percent of voters compared to 32 percent for Mr Johnson.

The Tories were polling 26 points ahead of Labour in March, but Mr Johnson’s handling of coronavirus, which has claimed almost 42,000 lives in Britain, has seen his popularity plummet.

To make matters worse, there appears little relief on the horizon for the Prime Minister as he grapples with another spike in coronavirus cases while trying to avert a collapse of the economy.

In a recent report for the Spectator, Labour historian and author of ‘Old Labour to New’, Greg Rosen, argued Mr Johnson’s chances of getting re-elected depend on whether a successful UK vaccination programme has the same “effect” as the Falklands War had on the 1983 general election.

He explained: “Margaret Thatcher’s victory at the 1983 election came after her Government had plumbed depths of unpopularity previously known only to Jules Verne.

“The scars of recession were etched across the everyday lives of most voters.

“And the outbreak of the Falklands War at first threatened to derail her Government even further, as the role of unforced errors by her Government in encouraging the Argentine Junta to gamble and succeed on invasion became clear.

“To take one example, the decision by her Government to withdraw HMS Endurance from the Falklands ‘may have served to cast doubt on British commitment to the Islands and their defence’, as the Franks report later characterised it.”

However, Mr Rosen noted, while, at first, Mrs Thatcher’s Government was blamed for decisions that helped the invasion to occur in the first place, its success in the face of doubters in ultimately defeating the invasion “secured voter acclaim that eclipsed what had come before”.

JUST IN: Insider predicts Labour will turn MORE eurosceptic in next decade

The historian continued: “Yes, there were other factors at play in helping secure the 1983 Conservative landslide, including Labour’s inept campaign, Michael Foot’s inadequate leadership, and the unpopularity of key manifesto policies, including its proposals for a non-nuclear defence policy.

“But the ‘Falklands effect’ on polls was real nevertheless.”

Mr Rosen added: “The biggest political question for Team Boris will be whether a successful UK vaccination programme will have such a ‘Falklands effect’. Will a successful UK vaccine precipitate mass forgiveness of the Conservative party by voters who feel they have suffered unnecessarily under COVID?

“Will they reward the Tories politically for far sighted investment in vaccinations, which enable normal life to restart?

“Starmer is no Michael Foot, and Labour is likely to be a far more effectively run and voter-friendly party than in 1983 or for that matter in 2019.

“But a successful vaccine could completely change the political dynamic.

“Tory strategists will be hoping for just such a miracle.”