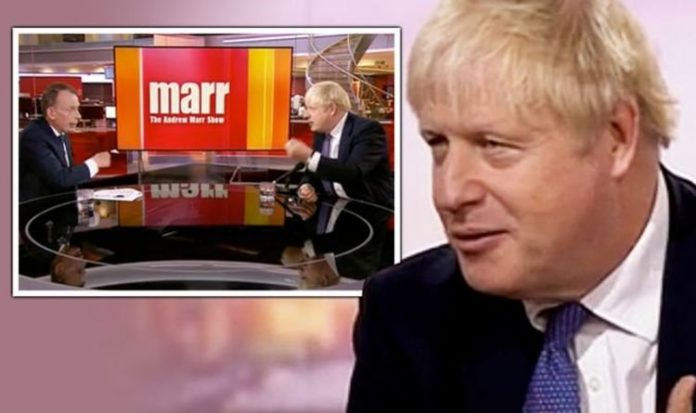 Boris Johnson has disputed claims that he suffered long-term health consequences following his fight with coronavirus earlier this year. The Prime Minister took issue after Andrew Marr questioned whether Mr Johnson would quit if his health significantly worsened.  Mr Johnson hit back and described the speculation about his health as “drivel, balderdash and nonesense”.

Andrew Marr said: “Eight years ago I had a stroke and  I cam back to work and I suffered serious fatigue when I came back to work.

“It was a real insult to the body and there is always a response to that. Have you suffered something similar?”

Mr Johnson responded: “Well, I had a nasty bout of it.”

Marr followed up: “Have you suffered from long Covid?”

Mr Johnson exploded: “No, no, not in my case.