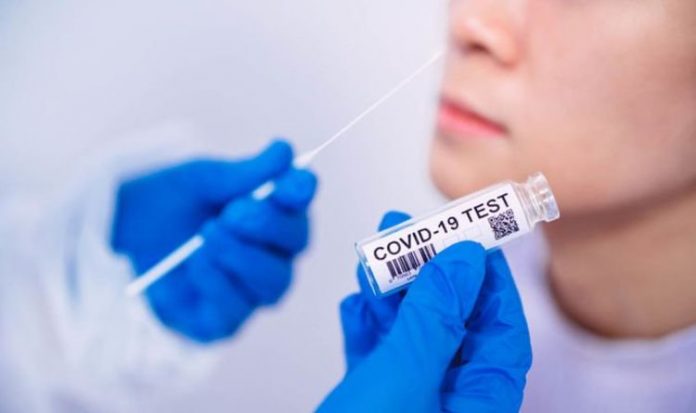 But Mr Bower suggested the UK’s response in the early stages of the pandemic was hindered because Boris Johnson was replaced by Health Secretary Matt Hancock as chairman of the emergency Cobra meetings.

If the PM had not been absent, the predictions may have been questioned, Mr Bower’s new biography Boris Johnson: The Gambler suggested. The book is serialised in a Sunday newspaper.

He noted during a critical meeting of the Scientific Advisory Group for Emergencies on February 25, that Prof Ferguson presented the “reasonable worst-case scenario” under which four-fifths of all Britons would be infected and 510,000 killed.

Both Chief Medical Adviser Prof Whitty and Chief Scientific Adviser Sir Patrick accepted the figures despite an earlier prediction from Prof Ferguson which was later revised that had suggested 1.5 million could die.

“By contrast, in a series of messages from Michael Levitt, a Stanford University professor who would correctly predict the pandemic’s initial trajectory, Ferguson was warned that he had overestimated the potential death toll by ’10 to 12 times’.”

Then in March Prof Ferguson predicted one third of the over-80s who were infected would be hospitalised, of which seven in 10 would need ventilators.

Prof Ferguson’s forecast that hospitals would be overwhelmed by at least eight times the usual admittance rate made the lockdown on March 23 inevitable.

But Mr Bower writes: “With hindsight, the alternative to Boris’s overt reliance on the scientists’ advice was to announce that he was deliberately ignoring the experts.

“That disclosure would have outraged the public and his political opponents… ”

Prof Ferguson quit as a government adviser in early May after being caught breaking lockdown rules when his married lover travelled across London to visit his home at least twice.