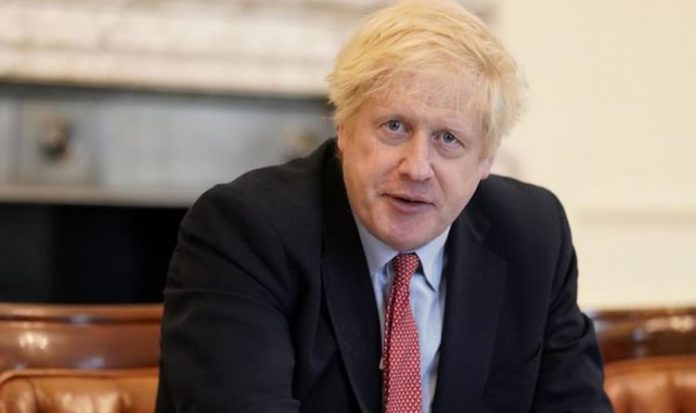 In a bid to curb the spread of the deadly coronavirus pandemic, last month Mr Johnson imposed “rule of six” measures. This means no more than six people can meet indoors or outdoors.

He then introduced the 10pm curfew for pubs, bars and restaurants across England, a move which caused outrage with his backbenchers.

Earlier this week, the Prime Minister was forced to give MPs a vote on further national lockdowns in order to stop a backbench rebellion.

Now, Mr Johnson faces another revolt over the “rule of six” and whether it should be allowed to stay in force.

On Tuesday, the first vote will ask MPs to approve the measures, which came into force on September 14.

The next day, MPs will vote on whether to rubber-stamp the 10pm curfew, which was imposed 10 days later.

All future lockdown measures must now be signed off after a 90-minute debate and a vote of MPs first.

Steve Baker, who got 56 Tory MPs to sign the Brady amendment, told The Telegraph: “There is widespread concern that a 10pm curfew is not backed by science, and is counterproductive in turning people out before they wish to be.

READ MORE: Inside Politics: Is the same old Boris in charge?

“I am confident colleagues will be working on this together over the weekend and through Monday.

“No one has prevailed on me to organise a rebellion, but I would not be surprised if they did so.”

Although Mr Johnson faces a revolt, it emerged this week that moderate Tories are unlikely to join the rebellion.

Damian Green, who chairs the One Nation Conservatives group, said: “For the moment I am happy to support the Government on those measures.”

DON’T MISS
Coronavirus map LIVE: Vaccine to be rolled out to UK in just months [REVEAL]
Let us press for answers on coronavirus, says RICHARD MADELEY [COMMENT]
‘Why Rishi’s forensic brain could be the key to our survival’ [INSIGHT]

He said: “The advice that I received, along with other ministers, was that, because the virus thrives on close contact between individuals, the longer one stays in pubs and restaurants and cafes, inevitably, the more likely it is that the virus will spread.

As the new curfew came into place, hundreds of drinkers were pictured crowding onto public transport at closing time sparking fears of a rise in infections.

Despite the new rules which have come into force, statistics from Public Health England last month revealed the hospitality industry, including bars and restaurants, only accounted for three percent of all coronavirus outbreaks.

According to PHE reports, the hospitality industry was far behind the likes of schools and colleges, which account for 41.7 percent (222) of England’s outbreaks.

A Downing Street spokesperson defended the curfew for pubs, restaurants and bars.

They said: “I’m not aware of anything specific in that regard.

“The decision to reduce time to 10pm was based on the fact it had been in operation in the local lockdown areas and had been considered to strike the right balance.”