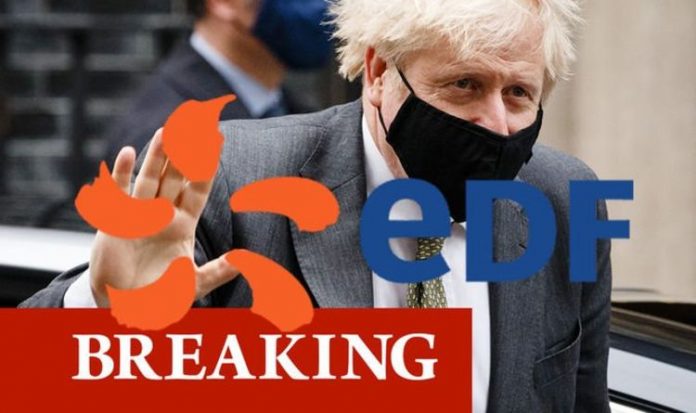 The Sizewell C site could generate up to 3.2 gigawatts of electricity which is enough to provide seven percent of the UK’s energy needs. But the project has faced criticism with campaigners saying it is “ridiculously expensive”.

The Government said any deal would be subject to a range of approvals on areas including value for money and affordability.

Negotiations will depend on the progress of the Hinkley Point C nuclear energy plant in Somerset.

This plant is also being built by EDF Energy in partnership with China’s General Nuclear Power.

According to the BBC, as other nuclear projects have suffered setbacks, this new project was the clear front runner to get approval.

People have been quick to criticise the proposed deal with many arguing why can’t Britain build their own power plants.

One person wrote on Twitter: “Why can’t we build our own?

“The French will hold our power sources to ransom.”

Someone else said: “Ah yes, new independent Britain, getting France to build its power plants…”

While another person said: “Why can the UK Government not fund our own nuclear plant?

“I’m all for private firms but not where our energy, water and NHS are concerned.”

Someone else echoed: “We don’t want anymore French control of our energy industry.”