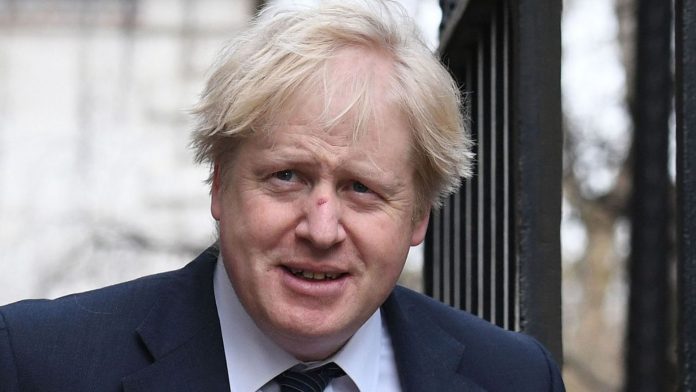 Boris Johnson has compared women who wear the burka to “bank robbers”, but argued against banning them in Britain.

The former foreign secretary said he found the covering worn by some Muslim women “oppressive” and questioned why they would “go around looking like letter boxes”.

He added it was “weird” and “bullying” to “expect women to cover their faces”.

Reacting to news the first person has been fined for wearing a full-face veil in public in Denmark, Mr Johnson warned against a similar “heavy-handed” movement in the UK.

Such a ban would be “inevitably construed” as “being intended to make some point about Islam”, he wrote in his weekly column in the Daily Telegraph.

It would also “play into the hands” of people who want to “dramatise the so-called ‘clash of civilisations”, Mr Johnson said, with the risk of creating martyrs.

He also revealed he would “feel entitled” to ask a woman wearing the burka to remove it if she came to his constituency office.

Mr Johnson concluded: “In Britain today there is only a tiny, tiny minority of women who wear these odd bits of headgear.

He said: “Muslim women are having their burkas pulled off by thugs in our streets and Boris Johnson’s response is to mock them for ‘looking like letter boxes’.

“Our pound-shop Donald Trump is fanning the flames of Islamophobia to propel his grubby electoral ambitions.”

She said: “I’d like to report Boris Johnson for refusing a service to someone based on at least two of the protected characteristics outlined in the Equality Act, 2010”.

Miqdaad Versi, assistant secretary general of the Muslim Council of Britain, accused Mr Johnson of “pandering to the far-right”.

“Is this language anything other than pandering to the far-right? Deeply disappointing that (the) Telegraph platforms this disgusting language.”

Prime Minister Theresa May’s official spokesman said: “The long-standing government position on this is clear, that we do not support a ban on the wearing of the veil in public.

“Such a prescriptive approach would be not in keeping with British values of religious tolerance and gender equality.”

It comes as the imam of Finsbury Park mosque, which was targeted by a far-right terrorist in an attack that killed one man, publicly criticised the government’s “lacklustre” efforts to fight Islamophobia.

The Conservatives have faced calls, including from Baroness Warsi, a former party chair and the first Muslim cabinet minister, to launch an inquiry into Islamophobia within the party.