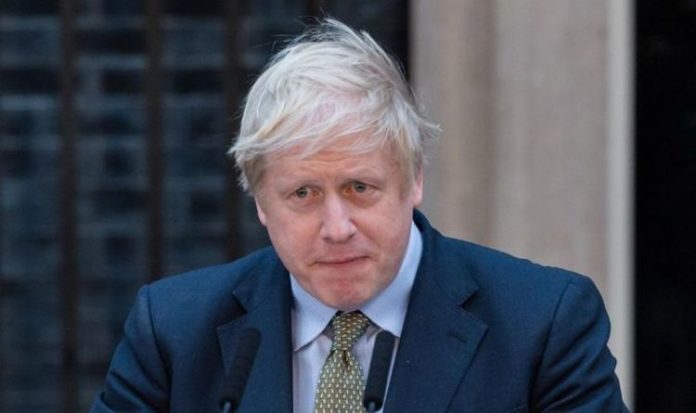 In polling data on which figure the public view as a better Prime Minister, Sir Keir has increased to 34 percent. While Sir Keir has increased to 34 percent, the Prime Minister has fallen to 32 percent in the poll conducted between August 4-5 of 1,606 people. The fall in Mr Johnson’s polling represents a 14 percent drop after his high of 46 percent in mid-April.

Sir Keir, however, has increased his popularity by eight percent from the same time after registering just 22 percent initially.

This is the first time Sir Keir has overtaken the Prime Minister since he became the leader of the Opposition.

A further 31 percent of Britons still can’t decide between the two.

In further poor news for the Tories, the party’s has dropped one percent in the pollster’s Westminster voting intention.

The Tories had stood at 43 percent prior to this, while Labour has increased from 35 to 36.

The Liberal Democrats have increased to eight percent from six previously.

The Greens remain unchanged at five while the Brexit Party has dropped to two percent from three.

Although this remains worrying data for Mr Johnson, YouGov did admit the difference in individual popularity between the two did represent the margin of error within the data.

Connor Ibbetson, data journalist at YouGov said of Sir Keir Starmer’s change in leadership: “Distancing himself from Corbyn could prove a winning strategy for the new Labour leader.

“When compared to Corbyn, Starmer is seen as universally more appealing to both Labour voters and general voters, by both the general public and Labour voters themselves.

“Overall, 60 percent of the public think Starmer best appeals to the general voter, compared to 56 percent who think he appeals to Labour voters more than his predecessor.

“Among Labour voters, 73 percent back Starmer as most appealing to the general voter, while only 7 percent still hang on and say Jeremy Corbyn had a better appeal.”

While Sir Keir has increased popularity, Mr Johnson has seen his own drop due to Government’s handling of the coronavirus.

Chris Curtis, political research manager at YouGov, added of the party: “As the coronavirus pandemic rumbles on, politics is increasingly returning to business as usual, which is having a clear impact on polling.