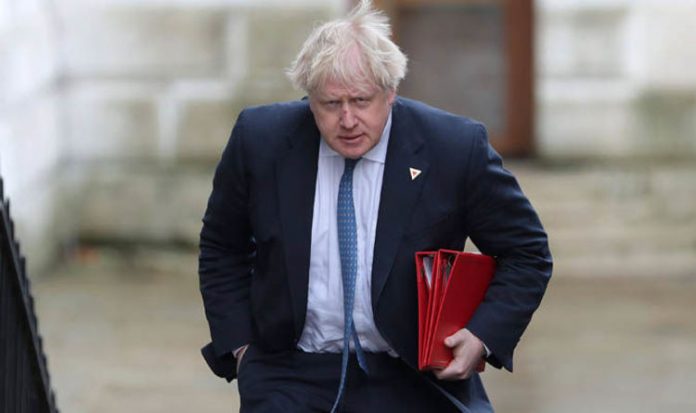 Downing Street confirmed Mr Johnson’s resignation around 3pm in a statement which read: “This afternoon, the Prime Minister accepted the resignation of Boris Johnson as Foreign Secretary.

He was replaced by staunch Brexiteer and former housing secretary Dominic Raab.

Theresa May now faces the uncomfortable question of whether to face down her critics amid growing controversy over Brexit negotiations or quit herself.

She will address backbenchers in Westminster at 5.30pm and could face a vote of no confidence if 48 Tory MPs write to the chair of the backbench 1922 Committee, Graham Brady, instructing one.

Shadow education secretary Angela Rayner said: “Boris Johnson has now resigned, the HMS Tory Party is sinking fast, Tories cannot even move the deckchairs around as there is nobody to sit in them any more.

“What a complete shambles the incompetent Government is, time for Tories to go £ToryFail.”

This is a breaking story and is being updated.