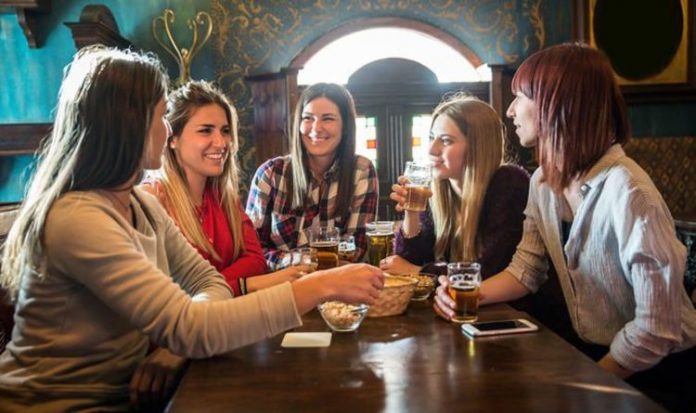 Labour called for an urgent review of the measures to show the impact they are having. But Health Secretary Matt Hancock insisted the reason the changes had been made is “because we’ve seen it work in other countries”. Professor Susan Michie, a member of the Government’s Scientific Advisory Group for Emergencies (Sage), said it was always “predictable” that ejecting people on to the streets at the same time would lead to crowds forming.

The University College London behavioural scientist said it was “especially concerning” that people were being pressed together in the confined spaces of public transport and that it was of the “utmost importance” ministers listened to scientific advice.

Labour’s Greater Manchester mayor Andy Burnham said there were reports of supermarkets being “absolutely packed out to the rafters” with people rushing to buy more alcohol so they could carry on drinking.

“I think there needs to be an urgent review of the emerging evidence from police forces across the country,” he said.

“My gut feeling is that this curfew is doing more harm than good.”

Concerns about the curfew came as Public Health England data suggested just 17 of 532, 3.2 percent, of coronavirus outbreaks in the week the Prime Minister introduced a 10pm curfew were linked to hospitality venues.

No new national lockdown measures are expected to be introduced this week unless there is a significant spike in cases.

But tougher restrictions are being imposed on north east England from Wednesday.

Separate households will be forbidden from mixing socially in any setting. COVID-secure schools and workplaces are not affected.

Loud music, singing and dancing have been banned in pubs, clubs and other venues except in live performances under laws that came into force yesterday.

Managers must try to stop customers flouting the rules, according to the legal documents.

Industry leaders said the growing restrictions on hospitality businesses were making it hard for pubs to survive.

Emma McClarkin, the chief executive of the British Beer and Pub Association, said: “The cumulative impact of layering restriction upon restriction is making it harder for pubs to survive.

To find out the rates of coronavirus in your area, please fill in your postcode below.

“We are acutely aware of our responsibilities as businesses, but the Government is in danger of cutting off any chance of a recovery.”

Details of other restrictions that came into force yesterday also emerged, including the power to hit first time offenders with a £4,000 first-time fine if they are “reckless” go into crowded places when they should be self-isolating.

People can also be fined £1,000 for giving false information or falsely claiming someone had been in contact with a person who had tested positive, meaning they would have to self-isolate.

Staff also face a £50 fine for failing to tell their employer they have to self-isolate.

The Prime Minister’s official spokesman said: “We know that the vast majority of people want to do the right thing.

“What we are setting out is that those who recklessly take risks with the health of their friends, families and communities should expect this to be taken seriously.”