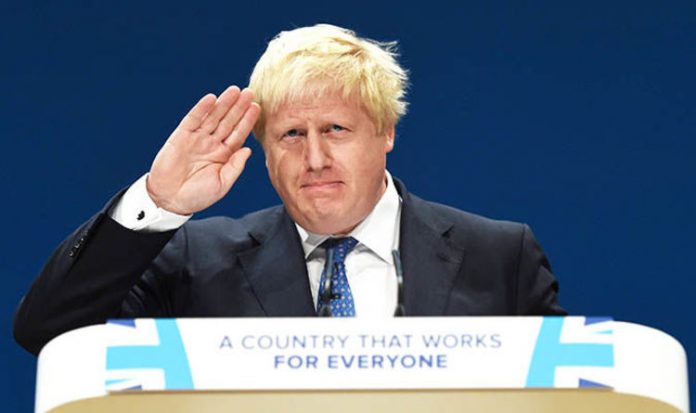 The resignations come just after a day-long summit at Chequers on Friday during which Mrs May attempted to goad the deeply divided cabinet into agreeing on her plan for Brexit.

In his resignation letter, Mr Johnson wrote that the Brexit “dream is dying, suffocated by needless self-doubt,” and criticised the Prime Minister for “heading for a semi-Brexit.”

There are concerns that this latest resignation could have a domino effect, with other cabinet ministers following suit.

It also raises questions over whether the Prime Minister will stand firm in her commitment in pursuing a “business-friendly” Brexit, or heed calls to resign herself.

Who is Boris Johnson?

He was schooled at Eton College and Oxford University, before beginning a career as a journalist at The Times where he was sacked for a false quote.

He moved on to The Daily Telegraph and then The Spectator where he was editor.

His work as a journalist had a strong alignment with growing Euroscepticism in Britain, but he maintained a more socially liberal stance on matters such as LGBT rights.

He was elected as Mayor of London in 2008, a post he held for eight years.

During his tenure, he is well-known for banning alcohol consumption on public transport as well as the famous ‘Boris bikes’ public bicycle hire scheme.

He was elected as MP for Uxbridge and South Ruislip in 2015.

In 2016, Mr Johnson became a prominent figure in the Vote Leave campaign for Brexit, becoming Foreign Secretary under Theresa May after David Cameron stepped down.

He has been married twice, with current wife Marina Wheeler the mother of four of Mr Johnson’s five children.

Ms Wheeler is a barrister and columnist who has known Mr Johnson since childhood.

There has long been speculation that he had his eye on the Prime Minister job, and worries that a leadership battle could be imminent are afoot.

Speaking in the House of Commons tonight, Mrs May paid tribute to Mr Johnson’s “passion” for his work leading up to Brexit.

She added: “We do not agree on the best way to deliver our shared commitments to honour the result of the referendum.”

In his letter of resignation, Mr Johnson wrote: ”On Friday (at Chequers) I acknowledged that my side of the argument were too few to prevail, and congratulated you on at least reaching a Cabinet decision on the way forward. As I said then, the Government now has a song to sing.

“The trouble is that I have practised the words over the weekend and find that they stick in the throat. We must have collective responsibility.

“Since I cannot in all conscience champion these proposals, I have sadly concluded that I must go.

There has been no announcement as to who will replace Mr Johnson at this stage.