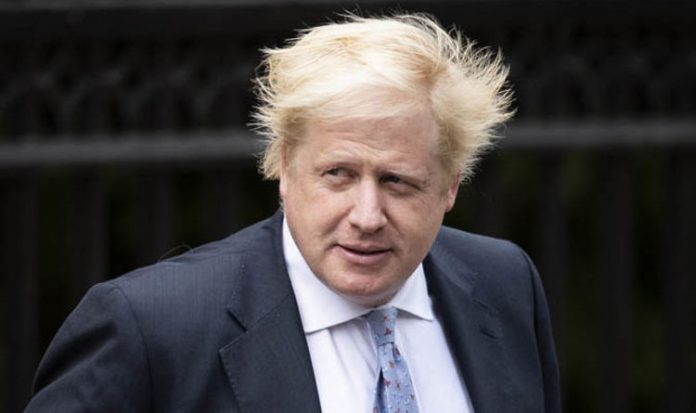 It came amid speculation the former Foreign Secretary could get a “ticking off” but escape more formal sanction.

He is being investigated after complaints to the party over a newspaper column in which he said women wearing the Muslim veil covering everything but their eyes looked like “letter boxes” and that it was “ridiculous” people chose to wear them.

He opposed banning the garment.

Sources tonight rejected a report that a verdict in the case could be delivered next week.

It means the outcome will almost certainly not be known until after the party’s conference in Birmingham at the end of this month.

Theresa May already faces fury at the event from many of her grassroots activists who are expected to hail likely leadership rival Mr Johnson at a conference fringe meeting when he delivers  a passionate denunciation of the Prime Minister’s Brexit blueprint.

Any move to sanction him before or during the gathering would risk fanning the flames of his supporters’ anger at the Tory leadership and protests he is being made a martyr to political correctness.

Sources close to the MP said in response to the latest report about the likely outcome that he had given evidence to the inquiry but there had been no further update: “It would raise serious questions over the investigation’s independence, if details were being discussed with individuals outside the panel.”

Another Tory said the speculation would confirm MPs’ suspicions the inquiry was a “kangaroo court” designed to undermine Mr Johnson because he opposed Mrs May’s Chequers Brexit deal.

Party sources denied choreographing the timing of the inquiry result to avoid a row before or at the party conference.

One insisted: “There have been complaints, so the matter must be dealt with through due process, which takes time.

“We are not yet at the stage where it has gone before the formal panel to decide what if any action will be taken so all this is no more than speculation and we don’t know where it came from.”

The inquiry panel which is chaired by an independent QC is understood to be judging Mr Johnson’s comments against the Tory code of conduct which says MPs and other public office holders should “not use their position to bully, abuse, victimise, harass or unlawfully discriminate against others”, and that they should “foster respect and tolerance”.