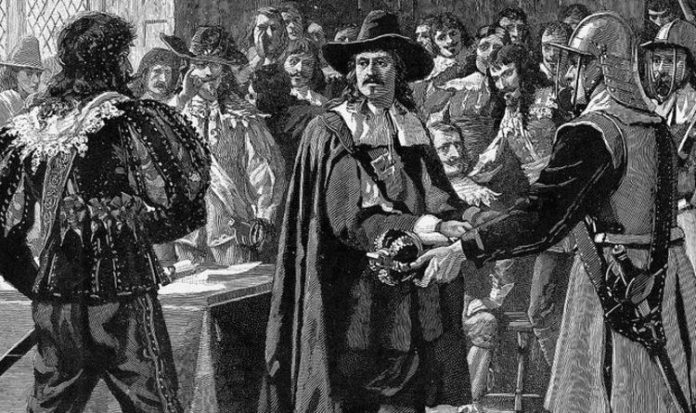 The Prime Minister has been urged to scrap the easing of coronavirus restrictions over the festive period in a rare appeal by two leading medical journals. The British Medical Journal and the Health Service Journal has released their first joint editorial in more than 100 years to insist rules should be tightened and not relaxed.

“We believe the government is about to blunder into another major error that will cost many lives,” the editorial said.

Journalist Tom Newton Dunn has told BBC Newsnight “the political pressure on the Government now is absolutely extreme” and almost at “the point of bursting”.

Labour leader Keir Starmer and other MPs are calling for a revision of the Christmas rules to make them stricter.

Cromwell reigned as Lord Protector of the Commonwealth of England, Scotland and Ireland from 1653 to 1658, when Christmas festivities were discouraged. Stricter laws were passed to prevent people from attending Christmas church services and shops remained open on December 25.

Soldiers patrolled London’s streets, seizing any food they suspected of being prepared for Christmas celebrations.

The last time parliament sat in Westminster on Christmas Day was 1656 – but MPs in 2020 may share a similar fate as the Brexit countdown looms.

If Mr Johnson reaches a deal with the EU it would have to be consented by the Commons and the Lords by December 31, meaning a potentially busy period for MPs.

“They will come out with words like ‘Though you can do this, we advise you strongly not to visit elderly relatives’, perhaps ‘don’t travel into tier three areas’ etc.

“I think the political pressure on the government now is absolutely extreme.

“It’s almost come to the point of bursting.

“Their credibility with their backbenchers has never been lower.”

The mayor of London, Labour’s Sadiq Khan, has also said the Government reconsider plans for the Christmas stretch.

Almost 10.8 million more people will move into the toughest restrictions when London and parts of Essex and Hertfordshire moved into Tier 3.

A total of 61 percent of England is now living under the strictest measures.

The BMJ and HSJ said Mr Johnson “is about to blunder into another major error that will cost many lives”.

“The Government was too slow to introduce restrictions in the spring and again in the autumn,” the editorial added.