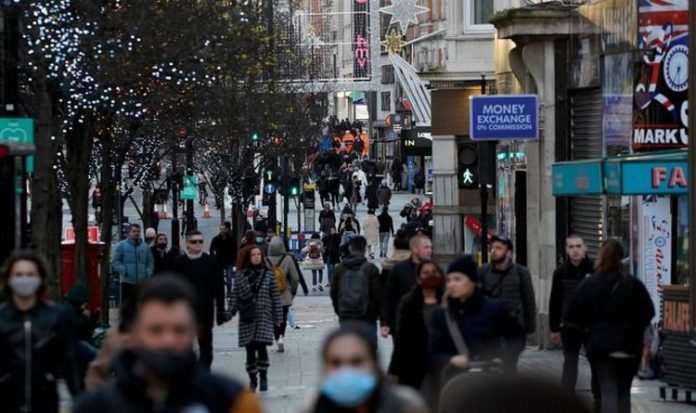 The Prime Minister announced tougher measures, which are set to extend past Christmas, for many parts of England over the weekend. He cited the newly-identified Covid-19 strain as a reason why cases are rapidly increasing in certain parts of the country.

Now, papers from a government meeting with the New and Emerging Respiratory Virus Threats Advisory Group (Nervtag) on Friday reveal the new mutation had been spreading even during November’s national lockdown measures.

It suggests that even the new tier 4 measures across south-east parts of the UK ‘may not be able’ to prevent it from spreading further, The Telegraph reports.

A paper states the new strain – called VUI-202012/01 – “has demonstrated exponential growth during a period when national lockdown measures were in place”.

Reports from the Friday meeting are what lead Mr Johnson to announce tough new measures on Saturday.

Records of the meeting also reveal that the new Covid-19 strain could be 71 percent more transmissible than the previous one.

Scientists from Nervtag reportedly warned the new variant could drag the UK’s R-rate up by as much as 0.93.

Nervtag experts said the new strain could cause “an absolute increase in the R-value of between 0.39 to 0.93,” The Telegraph adds.

Public Health England (PHE) infectious disease expert Dr Susan Hopkins said on Sunday the Covid-19 mutation has already been found in every region of England as well as in Wales and Scotland.

She told Sky News: “It’s been detected in many other parts of the country.”

“It’s also been detected in Wales, in Scotland. We’ve not yet detected it in Northern Ireland, but whole genome sequencing has not been performed on very many specimens.

Professor Chris Whitty, the Government’s Chief Medical Officer, has said there is “no current evidence to suggest the new strain causes a higher mortality rate or that it affects vaccines and treatments”.

Regardless, Dr Hopkins urged anyone who fled an area before it was placed under tier 4 restrictions to “reduce their social contacts and don’t contact anyone outside their household for the next 10 days”.

Meanwhile, countries around the world are banning flights from the UK in a bid to prevent further spread of the new strain.

Meanwhile there were 190,744 new positive cases within the past seven days – up 51.2 percent from the previous seven days. There were also 326 new daily deaths within 28 days of a positive test.