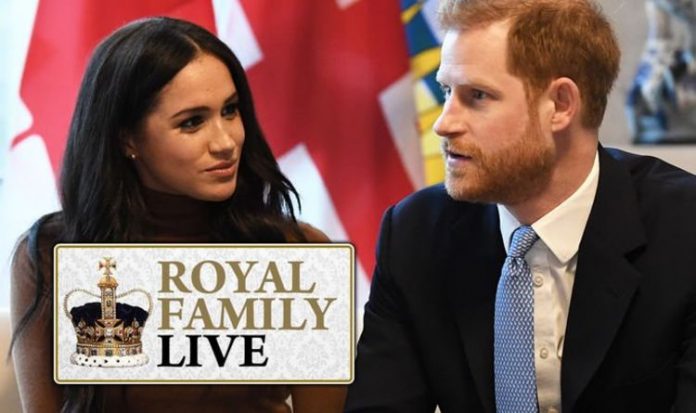 The Duke and Duchess of Sussex quit their senior roles within the Royal Family at the end of March in order to become financially independent and live a private life. The couple has since moved to the US and has already signed deals with US streaming giant Netflix and Spotify – reportedly worth more than £100million combined. With the multi-million pound agreements secured, the couple has now confirmed plans for their first chartable venture under the umbrella of their Archewell Foundation.

Meghan, 39 and Harry, 36, will team up with World Central Kitchen and its founder José Andrés to help feed those in disaster-stricken areas around the world.

The partnership will create a series of Community Relief Centres, such as food distribution hubs, schools and medical clinics.

But, the cause has been questioned by a number of observers on Twitter who were left unconvinced by the goodwill gesture from the royal couple.

One user wrote: “Will they actually help or just talk about it?”

A second added: “Where did the money come from? Riding on the chef’s program to make themselves look better? What about their own ‘initiatives’?”

A third wrote: “These two just don’t go away.”

The first of four centres is set to open next year on the Caribbean Island of Dominica – which was hit by Hurricanes Maria and Irma in 2017.

In a statement, Meghan and Harry said: “The health of our communities depends on our ability to connect with our shared humanity.

“When we think about Chef Andres and his incredible team at World Central Kitchen, we’re reminded that even during a year of unimaginable hardship, there are so many amazing people willing and working tirelessly to support each other.”