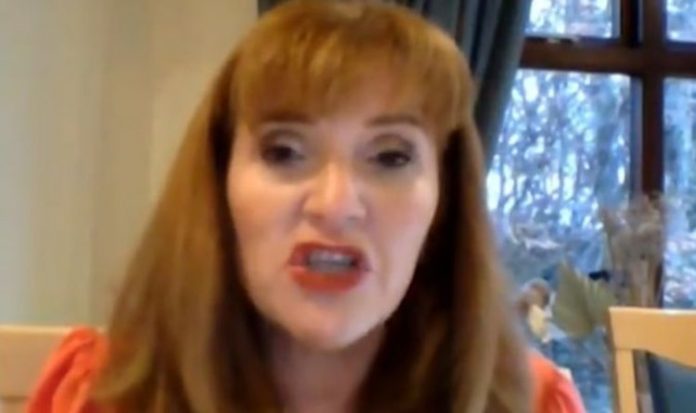 Political commentator Angela Epstein argued Boris Johnson needs to urgently reassess the UK’s foreign aid policy. While speaking on Jeremy Vine’s show, Ms Epstein noted while there were humanitarian needs for foreign aid, not all countries appear to spend the money wisely. She saidChina is the biggest economy in the world and last year still received £150 million from the UK Government.

She added these outgoings would be significant going forward as the country attempts to manage and recover from the economic impacts of coronavirus.

She said: “Because it is set by law that we have to gove 0.7 percent to foreign aid you can have a situation where you are chucking money out the door to meet the target.

“Without question, there are countries in the world that need Britain’s help.

“But equally there have been so many deplorable examples where money has been spent on foreign aid for very questionable situations.”

She said: “China is now the largest economy in the world and has a space programme.

“This vast amount of taxpayers money is being spent abroad.

“This was when Rwanda was given £64 million in aid from Britain and then spent £30 million on a sponsorship deal with Arsenal so they could have ‘Visit Rwanda’ on the sleeves of their shirts.”

She concluded: “As I say, there are humanitarian situations that need foreign aid.

“But I think this sort of club instrument, percentage fixed, one size fits all policy, especially now when the country is suffering such economic devastation it is completely wrong not to talk about cutting foreign aid.”

Chancellor of the Exchequer, Rishi Sunak, is expected to make changes to the UK’s foreign commitments.

Mr Sunak is expected to lower the UK’s commitment of spending of 0.7 percent of national income to 0.5 percent.

This could equate to an estimated £15 billion a year that could then be used to fund the country’s coronavirus crisis bills.