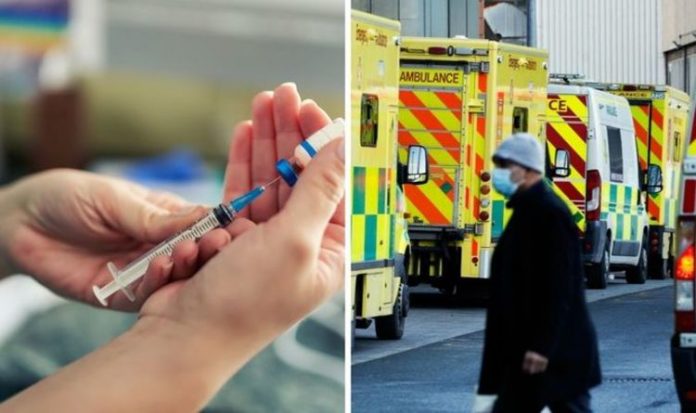 A variant of coronavirus originally detected in Brazil has been found in the UK. Officials are scrambling to locate the first people believed to have contracted the virus whilst in the UK. The variant, known as P1, has been listed as a “variant of concern”. While only six cases have been detected in the UK so far, there is concern the variant could potentially not be as responsive to current vaccines as other variants of coronavirus. Three cases have been located in England and a further three have been located in Scotland.

The individual in question did not complete the necessary registration card associated with their Covid-19 test, meaning officials have been unable to track them.

Public Health England is asking for anyone, nationwide, who took a test on February 12 or 13 who may have not received their result or has an uncompleted test registration card to contact them.

“We are tracking it very closely because it shares some important mutations with the variants first identified in South Africa,” she told a Downing Street news briefing.

“These and other mutations are associated with reduced impact of antibodies against the virus in laboratory experiments.

How different is the Brazil variant from the UK variant?

All new coronavirus variants have changes in their makeup – but three, K417T, E484K, and N501Y, are causing concern among scientists.

E484K is contained in the South African variant as well, which is thought to give variants some ability to escape vaccines.

“I think we are going at the right pace, education is the priority, getting all schools open on March 8 is something that we have set our hearts on for a long time and I am confident we will be ready.”

Graham Medley, professor of infectious disease modelling at the London School of Hygiene and Tropical Medicine, said: “It is a variant of concern but we are going to be faced with these in the next six months as we move towards relaxing measures.

“There are going to be challenges on the way – and there is always a risk that we might have to go backwards, and that’s what nobody wants to do is to actually open up and then have to close down again.“