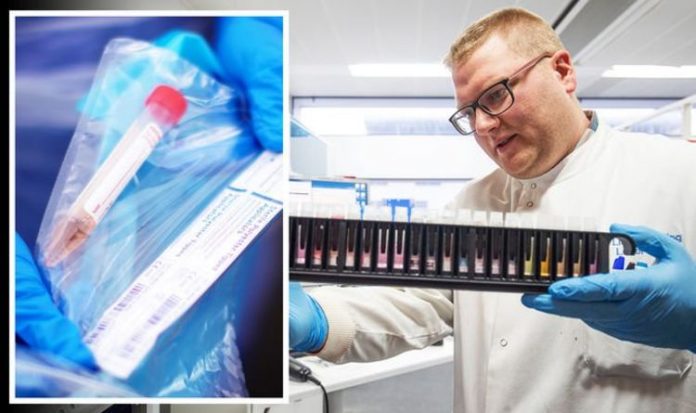 The Brazil Covid variant in the UK has sparked concern that the pandemic will quickly spiral out of control. Dr Jeffrey Barrett, Director of the COVID-19 Genomics Initiative at the Wellcome Sanger Institute, noted there was evidence to suggest the P1 Manaus strain is less neutralised by the current coronavirus vaccines. While speaking on the Today Programme with Martha Kearney, he added this was proven in a laboratory and results may vary in the real world.

He added that there was little evidence to suggest it spreads faster than the current Kent variant in the UK.

Ms Kearney said: “I know this is not directly your area of speciality but perhaps you can help us with a sense of just how concern we should be about this particular variant.

“I mean this in terms of how immune the Brazil variant is likely to be to vaccinations.”

Dr Barrett replied: “There are two aspects of new variants that we tend to look at.

“One is are they more transmissible from one person to the next and the other is might they be less well neutralised by immunity or vaccines or previous infection.”

“In the case of this P1 Manaus Brazil variant, I don’t think there is very strong evidence it is more transmissible than the current widely circulating variant in the UK, that was first seen in Kent late last year.

“I think there is some laboratory-based evidence that it has at least partially less neutralised by vaccines.”

Dr Barrett noted that more data was needed to confirm whether this remained true in practice with individuals who had taken the vaccine.

He added “We certainly don’t think it will be completely able to escape vaccination.

“But because we don’t know for certain, that is why the Government is taking a cautious approach to really stamping out any observations of this variant.”

Health Secretary Matt Hancock will address the House of Commons today about the Brazil Covid variant.

On Sunday it was revealed six cases of the variant, which was first detected in the Brazilian city of Manaus, had entered the UK.

48 hours later and officials remain unable to track down one of the England cases after a test registration card was not properly filled out.