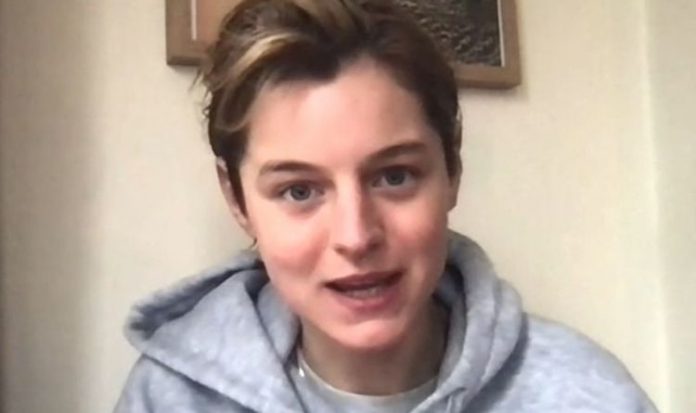 The Crown star Emma Corrin was “moved” after she heard Prince Harry speak about the show. The actress, who was cast as Harry’s late mother Princess Diana in Season 4, spoke to BBC Breakfast about the Duke of Sussex’s comments. The latest episodes of the Netflix series sparked controversy over negative portrayals of the Royal Family, generating many demands for a disclaimer to be added that the depictions are fictional.

Ms Corrin told the BBC: “When I watched that interview, I felt moved by it and grateful for what he said.

“It means a lot to know that he can appreciate it for what it is.

“It’s interesting that he said he would rather watch that than read the press.

“[The Crown] is fiction, it does feel incredibly far from the Royal Family.”

READ MORE: Charles and Camilla to ‘take quite a hit’ over future of The Crown

She continued: “We talk about this a lot, the cast and people that create the show.

“In a way, as an actor doing the series, you have to distance yourself from it in order to do your job well.

“It is fiction, we are creating these characters.

Harry’s comments about the show were made during his appearance on James Corden’s The Late Late Show.

When asked how he felt about it, the Duke said: “They don’t pretend to be news. It’s fictional, but it’s loosely based on the truth.

“Of course it’s not strictly accurate, it gives you a rough idea about what that lifestyle, what the pressure of putting duty and service above family and everything else, what can come from that.

“I am way more comfortable with The Crown than I am seeing the stories written about my family, my wife, or myself.

“Because it’s the difference between, that is obviously fiction, take it how you will, but this is being reported on as fact, because you are supposedly news. I have a real issue with that.”