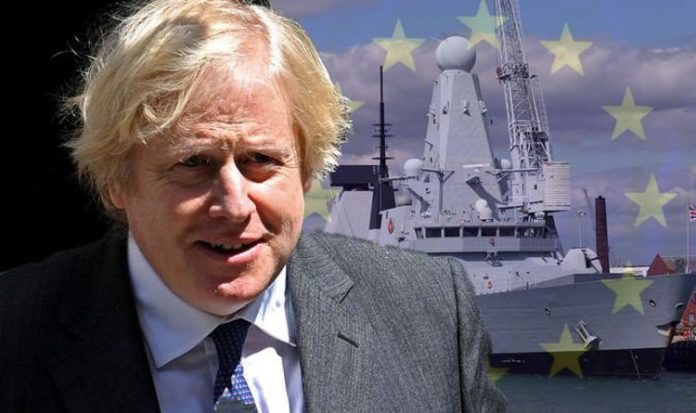 Negotiators from the EU and the UK are currently continuing talks in Brussels, in what appears to be the last possible stretch towards an agreement. Britain left the bloc on January 31 but it has been following its rules during the ongoing transition period, which comes to an end in less than two months. All deadlines previously envisaged have been missed as the two sides haven’t been able to resolve the differences over access to fishing waters and the so-called level playing field.

Irish Foreign Minister Simon Coveney said the talks will be in “real trouble” if there is not a breakthrough in the next week or so.

However, Downing Street has made clear more than once that Britain is not afraid of leaving the bloc without an agreement in place if the terms offered by Brussels are not deemed favourable.

A former Conservative Party adviser, though, has recently claimed that even under a no deal scenario, the UK is planning to keep a piece of EU law that will greatly harm the shipbuilding industry.

“Sensitive” vessels, such as submarines and some classes of warships, are exempt.

The UK is set to keep DSPCR intact even after the transition period.

David Banks, who has researched EU defence regulations and structures as part of his work with Veterans for Britain since the Brexit referendum, wrote: “This is unnecessary because the UK could instead immediately apply the defence text of the World Trade Organisation’s (WTO) Government Procurement Agreement (GPA).

“This wording provides a much wider defence and security exemption where UK industry is less likely to lose many contracts overseas to a cheaper, but often state-subsidised, bidder.

JUST IN: Johnson ‘to strike Brexit deal when US election result confirmed’

Defence sources also said the Government had displayed an “intent” for British shipbuilding to be done “under its own steam”.

The source told the publication: “In terms of shipbuilding there is no doubt at all that, within the MoD and within Government, there is a keenness to enable ourselves to procure our own ship contracts, particularly things like the Fleet Solid Support ships.

“They understand the issue [DSPCR].

“There have been plenty of conversations about this issue, and there are lots of people in the MoD who are quite clear they want to be able to have the freedom to do our own thing.”