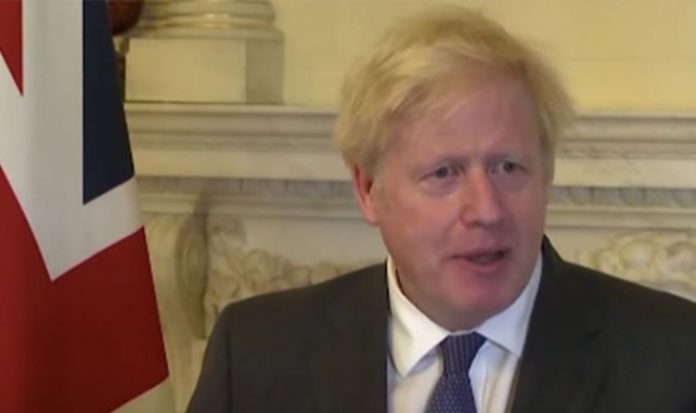 Prime Minister Johnson and European Commission President Ursula von der Leyen have both warned a no deal Brexit is on the horizon. Ms von der Leyen told EU leaders today that Britain exiting the transition period without a trade and security deal is now the most likely outcome. Meanwhile, Mr Johnson has also warned there is a “strong possibility” of a no deal Brexit. He said today: “What I’ve said to our negotiators is that we’ve got to keep going, and we’ll go the extra mile – and we will.

As both sides big up the chances of no deal, some are warning Mr Johnson will concede to Brussels at the last to secure a trading arrangement.

Belgian MEP Philippe Lamberts predicted that Dominic Cummings’ recent departure from Government was “probably the sign that Johnson has begun his U-turn and will, in the end, accept EU conditions”.

A UK official hit back, however, saying David Frost and the UK negotiating team are “completely focused on the negotiations”.

They added: “I guess the reason the EU feels the need to say these sorts of things is that they are starting to realise that we meant it when we said there were fundamental principles from which we couldn’t move.

“We need to see some realism and creativity from their side if we are to bridge the significant gaps that remain.”

However, now that talks are on the verge of breaking down, an unnamed Cabinet minister suggested to that the Prime Minister will be forced to dine on a “menu of climb downs”.