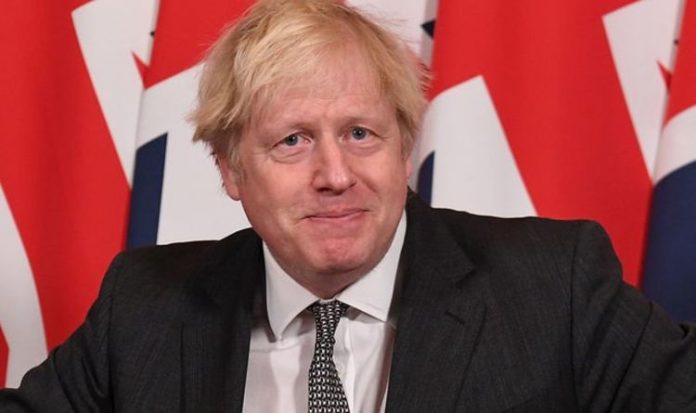 CANZUK is an acronym for a potential alliance comprising of Canada, Australia, New Zealand and the UK, similar to the former European Economic Community – the predecessor of the EU. It is being lobbied by the advocacy group CANZUK International and has gained support from think tanks such as the Adam Smith Institute, the Henry Jackson Society, the Bruges Group and a growing number of politicians from across the four nations. The potential alliance could see increased trade, foreign policy and military cooperation as well as mobility of citizens between the four Commonwealth countries

In an exclusive interview with Express.co.uk, Australian Liberal Party Senator Eric Abetz urged Prime Minister Boris Johnson to push for the alliance now Britain is out of the EU.

He said: “Very early on, when Brexit was being mooted, I was one of those first in Australia to be promoting the CANZUK proposal of Canada, Australia, New Zealand and the UK becoming a trading and social bloc.

“Those four countries have a very similar heritage.

“The UK has done a great service to the world at large in relation to how it has done its democracy.

“From an absolute monarchy to where we are now.

He added: “Having CANZUK would be a great opportunity for people’s exchanges as well.

“I could not imagine anybody saying I want to be a refugee from the UK and go to Australia or New Zealand or Canada.

“Basically, we have the same standards of living and I don’t think we would be in danger if we had more relaxed people’s movement opportunities.”

Explaining the policy to Express.co.uk, he said: “The vision for it is really founded on the principle of these four countries working together as sovereign independent nations for the betterment of their economies and opportunities for their citizens.

“The way we promote that is through three objectives. The first would be reciprocal migration whereby citizens of these countries could freely live and work in the other countries, minus a few stipulations and requirements.

“Then free trade between these countries would maximise trading potential opening up trade to [markets worth] about $3.5trillion (£2.5trillion).

“The third aspect would be foreign policy cooperation so acting as sovereign nations we could improve on the relations we already have.”

Mr Skinner emphasised the proposal is very different from the European Union.

He noted: “It would very much be completely different to what the EU structure is.

“What we’ve always advocated is these countries would work as sovereign independent counties on the international stage, working together for initiatives like reciprocal migration, trade and foreign policy.”

At the end of last month, London applied to join another alliance: the Comprehensive and Progressive Agreement for Trans-Pacific Partnership (CPTPP), with negotiations set to start later this year.

Since leaving the EU, Britain has made clear its desire to join the trade bloc, which removes most tariffs between Australia, Brunei, Canada, Chile, Japan, Malaysia, Mexico, New Zealand, Peru, Singapore and Vietnam.

Mr Johnson said in a statement: “One year after our departure from the EU we are forging new partnerships that will bring enormous economic benefits for the people of Britain.”

International Trade Secretary Liz Truss believes membership of the partnership would boost trade that was worth £111billion last year and has been growing eight percent per year since the UK voted to leave the EU in 2016.

Ms Truss argued membership will “complement” existing free trade agreements between the UK and countries including Japan, Canada, Mexico, Chile and Vietnam, which were “rolled over” from previous EU deals.

Speaking to the BBC, Ms Truss declined to say what effect CPTPP membership would have on the UK economy but she insisted the Pacific region was important as a centre of “future growth”.

Brexiteers hailed the move as proving the future success of Global Britain is outside Europe.

“This just confirms the massive opportunities Brexit is already bringing to this country.”