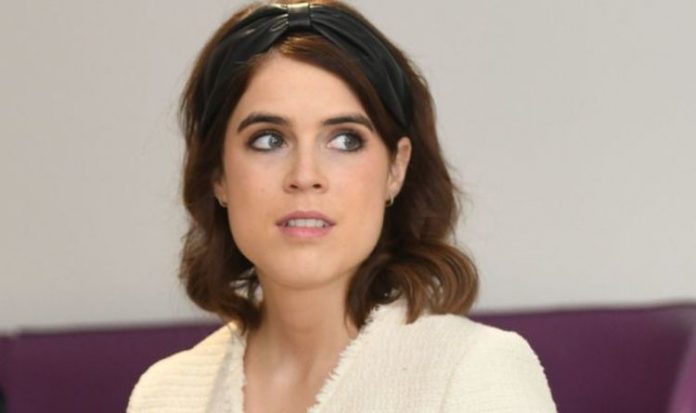 Ms Bowie told listeners: “I thought it was interesting because The Portland Hospital is where Meghan gave birth.

“It’s slightly closer to the Windsor areas, I would imagine.

“We don’t know the exact reasoning of why they chose that.

“But it’s an hour from Royal Lodge, which is where Eugenie and Jack are staying.”

Ms Fiorito added: “That doesn’t seem too close, to be honest, but it might be for privacy.

“I feel like they were super discreet about Meghan, which could not have been easy.

“They saw how they pulled that off pretty quietly.

“So maybe Eugenie wanted to do the same.”

The Duke and Duchess of Sussex opted to keep details of their birth plan private.

Buckingham Palace announced that it was a “personal decision”.

Photographers were not allowed to attend to capture the event or the attendees.

Pictures were released to celebrate the event a few hours after.