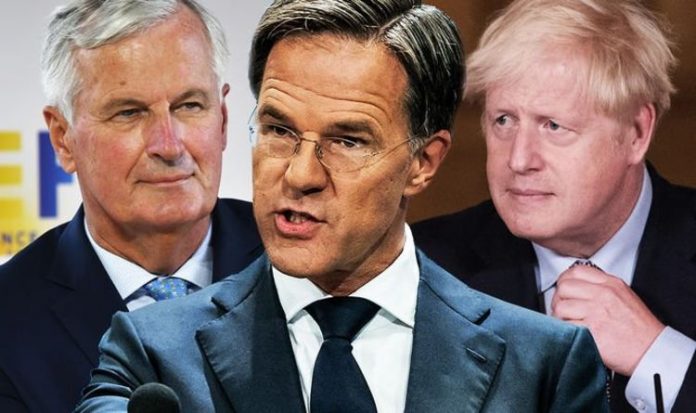 The Prime Minister Boris Johnson was forced today to defend changes made to the Brexit deal he signed with the EU in January. Mr Johnson said the Internal Markets Bill would “ensure the integrity of the UK internal market” and hand power to Scotland and Wales. He also claimed it would protect the Northern Ireland peace process.

According to critics of the Bill, the move will damage the UK’s international standing.

Their criticism comes after Brandon Lewis, the Secretary of State for Northern Ireland, admitted the plans break international law.

The EU’s chief Brexit negotiator Michel Barnier arrived in London today in order to push ahead with trade deal negotiations that have in recent months stalled.

Mr Johnson has said any deal between the UK and EU must be reached by October.

Many are sceptical of whether any deal will at all because of the timeframes involved.

However, many have pointed to previous deals and legislation the EU has passed through in the eleventh hour, suggesting a Brexit trade deal could well be passed at the last minute.

For example, in July, the bloc was attempting to garner support for a recovery package that would see especially hard-hit COVID-19 countries in Europe receive their financial fallout.

Despite widespread support, some countries, the so-called ‘frugal’ states – mostly northern countries who dislike the idea of borrowing and collective debt – protested the package.

Mark Rutte, Prime Minister of the Netherlands, particularly opposed it, pressed for more loans than grants and for structural economic reforms in order not to lose out on money.

He, along with Austria, Sweden, Denmark and Finland, wanted to restrain the big-spending, integrationist ambitions of Emmanuel Macron and the poorer southern countries.

Ardent throughout, Mr Rutte and the others at the last minute agreed to the deal, despite having previously condemned currency reforms proposed by Mr Macron.

It marked a “pivotal moment” for Europe, said Charles Michel, President of the European Council.

The deal centres on a €390billion programme of grants to member states hardest hit by the pandemic.

Italy and Spain are expected to be the main recipients.

A further €360bn in low-interest loans will be available to members of the bloc.

The package will enable countries to maintain spending rates in the aftermath of lockdowns.

It includes checks that the funds will not be misused.

Recipients will have to submit spending plans to the European Commission, and a majority of states will be able to block projects.

Meanwhile, in the UK, the Scottish government has not ruled out legal action to prevent Mr Johnson’s changing from becoming law.

“It is a naked power grab which would cripple devolution.”