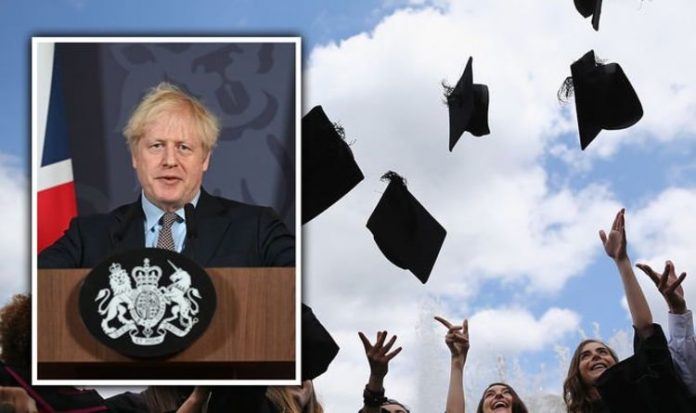 The Prime Minister announced on Christmas Eve that the UK has reached a trade agreement with the EU. From January 1, 2021, going forward there will be a number of changes to how the UK interacts with the EU. Some aspects of the trade agreement will also impact students who wish to study or train abroad in the future.

What is the Erasmus programme?

The Erasmus programme is an EU-funded scheme, which allows students to study or train abroad.

Erasmus exchanges are often taken by students in the second or third year of their degree course, and Erasmus enables students to study abroad for up to 12 months.

Erasmus stands for the European Region Action Scheme for the Mobility of University Students.

Mr Johnson added: “Because we want our young people to experience the immense intellectual stimulation of Europe but also of the whole world.”

Education Secretary Gavin Williamson tweeted: “Its (Turing’s) outlook will be global, not limited to the EU, and the programme will incorporate opportunities which reflect the government’s promise to level up the country.”

Further details about the new scheme are expected to be announced in the coming days.

At a European Commission press conference shortly before the Prime Minister gave his Downing Street address, the EU’s chief negotiator Michel Barnier said the UK’s withdrawal from the programme was one of his regrets about the deal which has been struck.

He said: “I have just two regrets in terms of our societal co-operation.

“Firstly, the British Government decided not to participate in the Erasmus exchange programme.”

Vivienne Stern, Director of Universities UK International, welcomed the news of a trade agreement between the UK and the EU.

She said: “While the announcement that the UK will now not be participating in Erasmus+ is disappointing, we are pleased that the Prime Minister has committed to a new UK programme to fund global mobility.

“We now ask the UK Government to quickly provide clarity on this Erasmus+ domestic alternative, and that it be ambitious and fully funded.

“It must also deliver significant opportunities for future students to go global which the Erasmus programme has provided to date.”