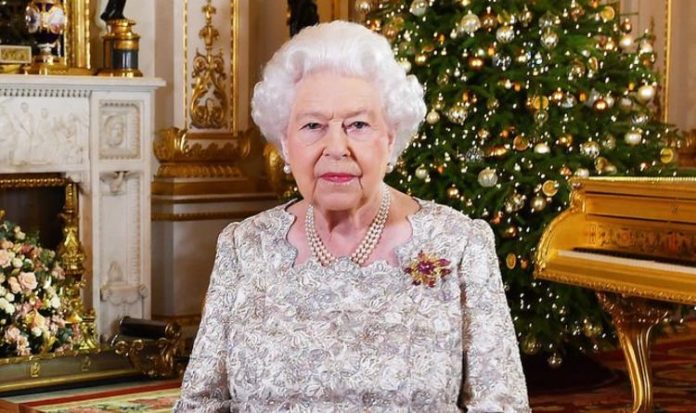 The Queen, 94, will address the nation from Windsor Castle at 3pm and speculation is mounting as to what the Monarch will say after a tumultuous year. Her Majesty, who is spending Christmas with only Prince Philip due to coronavirus restrictions, is expected to display photographs of her family during the broadcast. Royal expert Claudia Joseph said the photos on the Queen’s desk will show what was important to the Royal Family this year.

Speaking to Sky News, Ms Joseph said: “I think the Queen always makes an effort to give us a message on the future of the monarchy and what’s important to them this year.

“I was trying to think what photographs would be significant.

“I wondered whether we would have a picture of her parents because of WW2 or even her grandparents with WW1 and the Spanish Flu.

“Maybe a picture of William and Kate clapping for carers.

“Who knows. But I think they will be significant to the mood of the country.

“She is very aware that this is a quiet Christmas for everybody and she will be looking at that.”

She added: “I think for the key members of the Royal Family it’s been a good year.

“Obviously they very much tried to set the mood of the country.

David Block, Radio Caroline’s former publicity officer, said that on December 1, 1964 he contacted the BBC to request a copy of the Queen’s Christmas message.

He said he was told that, despite the station having more than 12 million listeners, his request could not be taken seriously because it was a pirate radio station.

He was told to come back “if and when” he could provide “evidence of credentials as representative of an authorised broadcaster”, he said.

The station applied for permission again this year, after becoming an authorised broadcaster in 2017, and this time approval was granted.