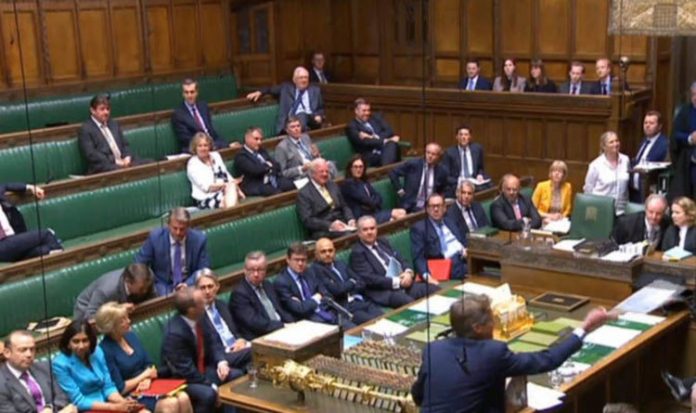 Brexit Secretary Dominic Raab was attempting to deliver his first statement to the House, while MPs protested they had yet to see the divisive Brexit blueprint they were set to question him about.

The White Paper fleshes out the agreement among cabinet members at Chequers that sparked the resignations of Boris Johnson and David Davis.

Mr Raab was heckled and moments later Labour and Tory MPs ran from their seats after he confirmed copies were available outside the chamber.

Labour and Tory MPs soon appeared back in the Commons with boxes full of the document.

Labour’s Ben Bradshaw could be seen throwing copies of the document to MPs on his own benches, at which point Speaker John Bercow decided to suspend the sitting for five minutes.

Mr Bercow told ministers it was a “source of considerable unhappiness on both sides” that the White Paper had not been made available earlier.

Mr Raab, in his reply, said: “Can I just apologise for the late arrival? We will look into what happened with the clerks and I’d like to apologise to [Sir Keir] and we’ll avoid it happening again.”

Further anger erupted among Opposition MPs when Government chief whip Julian Smith crouched in front of Mr Raab to brief him as Sir Keir was seeking to ask questions on behalf of Labour.