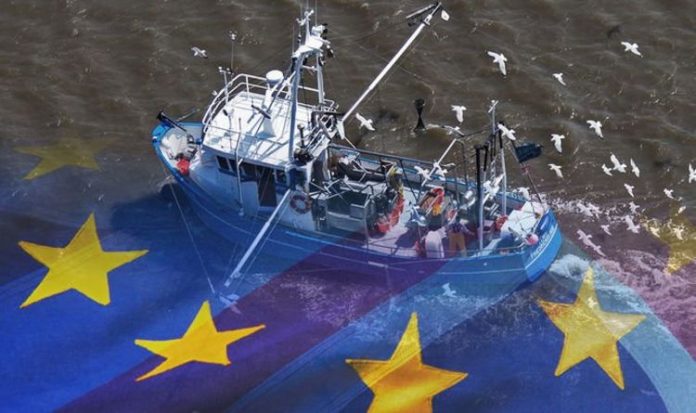 Tory MP Greg Hands shut down German MEP David McAllister after he said the UK’s fishing demands were “virtually impossible”. Mr Hands suggested Mr McAllister check his facts because it is clear the UK is seeking the same fisheries relationship with the EU as Norway has.

It comes after Mr McAllister said: “Renegotiating 100 different types of fish each year is technically impossible.

“And if the British keep all the fish for themselves, they won’t be able to export them to the EU.

“They’ll be sitting on a fish mountain!”

But Mr Hands tweeted: “As my friend David Mcallister well knows, the UK is only seeking the same fisheries relationship with the EU (sic) as Norway has. #FactCheck”

EU and British Brexit negotiators are continuing talks in Brussels today and until around mid-week as both sides push to avoid a damaging breakdown in trade in less than nine weeks.

The intensive talks are a final bid to seal a new partnership agreement for when Britain’s transition out of the EU runs its course at the end of this year.

If the sides overcome their differences, the new deal would govern everything from trade and energy to transport and fisheries.

But talks still remain difficult on the most sensitive issues, including those of economic fair play, fishing rights and how to settle disputes in future.

Both sides have previously signalled their readiness to compromise on fisheries – a politically sensitive issue for both Britain and France, as well as several other EU states.

The UK is pushing for a deal whereby the level of fish stocks which EU vessels are permitted to catch in its waters are negotiated annually, as well as one which avoids tariffs and quotas on fish caught by UK fishermen when sold on the continent.

But the Brussels bloc – led by France – is vehemently opposed to such an arrangement.

On Friday, EU chief negotiator Michel Barnier said “much remains to be done” to broker a post-Brexit trade deal as negotiations continued in Brussels.

He said they are working hard to get an agreement but that there were still significant gaps after seven days of “intensive negotiations” in London.

Talks with his Downing Street counterpart, David Frost, resumed in the Belgian capital on Thursday as they try to get a deal in place for the end of the transition period on December 31.

Currently, the UK remains a member of the single market and continues to follow EU rules, but businesses will face high tariffs to trade if there is no deal at the end of the transition.

“Much remains to be done.”

Number 10 has warned that “time is very short” to bridge the “significant” gaps between the two sides.