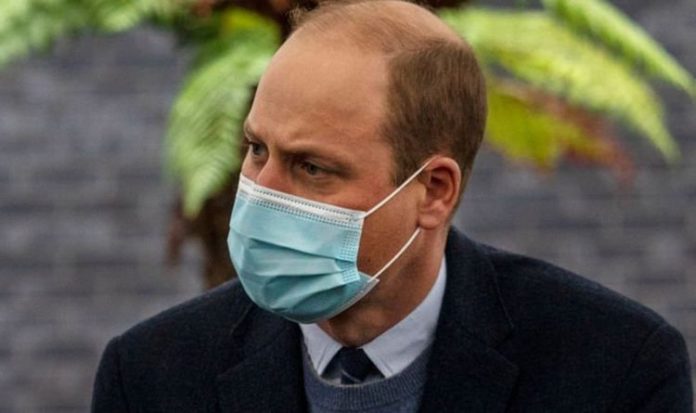 She wrote: “According to , William continued with his telephone and video engagements because ‘there were important things going on and I didn’t want to worry anyone’.

“But actually, it does worry me.

“Because it suggests that the future King of Australia doesn’t believe he owes his subjects the truth.

“The intent of putting the story out now, as London heads into a second lockdown, is clearly to paint the future monarch as some sort of gallant hero.

She wrote: “First of all, one does wonder, to use the Queen’s vernacular, how contract tracing worked if Prince William’s diagnosis was a giant secret?

“Did he make everyone sign confidentiality clauses? Did he simply not do it?

“Perhaps he was already in lockdown and confident he had got it from Prince Charles or Camilla?

“How long did he spend in quarantine? What protections were in place for his servants?

“Who knows, because he isn’t saying. I’m sorry he was sick and I am glad he is better but honestly, I would prefer some honesty.”

The British Government had temporarily ended mass testing and contact tracing in March and April due to a too-high demand of tests when compared to the system’s capacity at the time.

But people with coronavirus were still invited to inform people they had recently come in contact with of the diagnosis in order to have them self-isolating.

Ms Maiden appeared to suggest the decision not to speak about his COVID-19 diagnosis in April has an impact on all subjects across the Commonwealth as he will be their future King after the Queen and Prince Charles.

She wrote: “Whether we like it out not, the Queen is Australia’s head of state.

“One day, Prince William will be King of Australia.

“What do we learn from this little episode?

“That he likes keeping big secrets.”

The Duke of Cambridge discretely revealed he had suffered from COVID-19 during a recent engagement, wrote today.

Speaking to the onlooker, Prince William added he did not reveal his illness because he didn’t want to worry anyone.

A source told the newspaper: “William was hit pretty hard by the virus – it really knocked him for six.

“At one stage he was struggling to breathe, so obviously everyone around him was pretty panicked.

“After seeing medics and testing positive – which was obviously quite a shock given how fit and healthy he is – William was determined it should be business as usual though.

“He was determined to fulfil his engagements.”

In April, Prince Charles had recently left his seven-day isolation period after testing positive for the virus.

The Prince of Wales later revealed he “got away with it quite lightly”, but had suffered from a few symptoms, such as loss of taste and smell, for weeks after his recovery.

During the same month Prince William also got coronavirus, British Prime Minister Boris Johnson was battling the virus in hospital, after being admitted at St Thomas’ Hospital in south London.

On April 8, the Queen rallied spirits by delivering a message focused on the virus, the lockdown and the hope for a safer future in which families could reunite.